On March 11, 2020, Phil married his wife, Kristin after proposing to her on top of the High Roller in Las Vegas, Nevada. He is part of Sleepyboisinc along with Technoblade, Wilbur Soot, and TommyInnit.

On his Twitch channel, Philza, he has over 4 million followers and over 10 million total views. He mainly streams himself playing Minecraft hardcore survival. He occasionally streams during Minecraft events such as Minecraft Championships.

This was his very first Hardcore Minecraft series. He didn't die, but his hard drive crashed and that was registered as a death.

On October 23, 2019, He revealed via his twitch stream that he got his old hard drive fixed and revisited the Season 1 world of his hardcore series during his stream to take everyone on nostalgia trip.[6]

This one is what most of the Minecraft community have seen. He managed to last 5 years and built many things, such as Chaos Caverns. He died on April 30, 2019 because of a spider, along with a baby zombie with full (partly enchanted) golden armor, and a creeper.

Started almost immediately after his Season 2 death. He only lasted a week and a half. He died 9 hours and 5 minutes into a 24-hour stream because of a glitch in the End, causing your player to walk backwards after entering an End Gateway.

Started 5 minutes after his Season 3 death. He has been streaming it for two years. Two of his most notable accomplishments are creating Endlantis and The Nethervoid.

Minecraft Championship is a Minecraft Tournament for YouTubers and Streamers run by Noxcrew, in which 10 teams of four compete in a series of 8 minigames decided by the participants. A point multiplier makes each game worth more as each round passes, incentivizing teams to vote for games they might be bad at early on in the event. In the end, the two teams with the most points face off in a round of ‘Dodgebolt’ to decide the winner of the tournament. This makes it possible for a team to win despite potentially having fewer points than the runner-up. 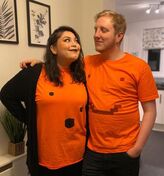 Phil with his wife Kristin. 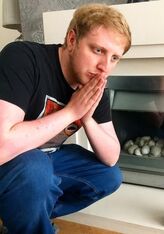 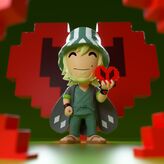 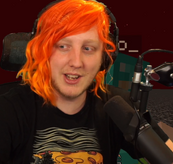 Philza in a wig after hitting his sub goal of 14k.