King runs a series known as "50 Ways to Break", where he smashes a certain electronic product made up of 50 short skits. The first two clips are of King dropping the product dry, then dropping it in water, with the next 47 clips being humorous skits involving smashing the product. The final clip in 50 ways to break is of him smashing the product with a sledgehammer 50 times. King also runs another series called "Bored Smashing", where he finds and performs the most dangerous ways to smash a product.

He is also known for being a fan of Nintendo, as well as an Apple fanboy (or an iSheep). King started his YouTube channel on August 24, 2011. He is of Chinese descent, Being Chinese, his dad believes in the "good luck bad luck" idea as made very clear in his video about his dad taking his license plate off of his Tesla because it had the number 14 on it. He currently resides in Flagstaff, Arizona as seen and heard in some of his videos. As mentioned in Bored Smashing - TESLA MODEL S, he mentions that he likes Windows 7. In another Q&A video, it is also mentioned that if he was a Windows fanboy, his favorite Windows version would be 10. This could prove he formerly likes Windows nowadays. He also started as a Viner who gained a decent following.

Moving On series and second channel

Plainrock also has a series called "Moving On.." where he upgrades from products he already owns, some examples are iPhones, iPads, Apple Watches, Cameras, Apple Keyboard, and Mouse. He has also made a moving on car edition and house edition. He also has a second channel named PlainrockVlogs which was created on January 24th, 2015, and now has over 700K subscribers and due to the lack of vlogs being produced due to quarantine has started to slow in gaining subscribers but still gains a good amount. He has said if he ever stopped YouTube he would become a game dev, But also made it very clear it wasn't coming anytime soon.

King was born in Yakima, Washington. He lives in Flagstaff, Arizona. He has also made a few videos for school. He is a college dropout, Nintendo and Apple Fanboy. He shaved his head on July 29, 2020. He is asexual, which was confirmed in a Q&A video. He is 5'7" (170 centimeters) tall, which he confirmed in his house tour video.[1] and (coincidentally) weighs 124 pounds (56 kilograms). 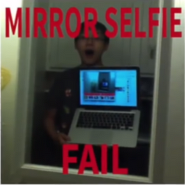 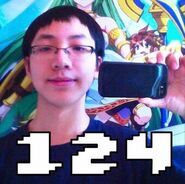 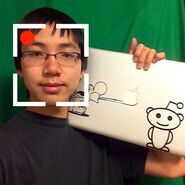 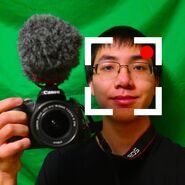 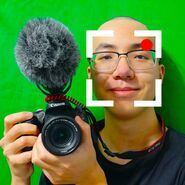 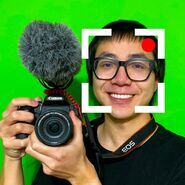 Plainrock124's current profile picture
Add a photo to this gallery
Retrieved from "https://youtube.fandom.com/wiki/Plainrock124?oldid=1152326"
Community content is available under CC-BY-SA unless otherwise noted.