Wikitubia
Register
Don't have an account?
Sign In
Advertisement
in: Hall of Fame, YouTubers, Gaming YouTubers,
and 15 more

Minecraft X Life SMP
Warning!
This article, PopularMMOs, may contain material that is disturbing, such as Harassment and mentions of Abuse.

Patrick "Pat" (born: November 25, 1988 (1988-11-25) [age 33]), better known online as PopularMMOs, is an American YouTuber who uploads Minecraft videos and vlogs. He played Roblox and Fortnite on his channel before. Pat plays with GamingWithJen (his ex-wife) in almost all of his videos. He currently lives in Jacksonville, Florida, with his cat, Cloud, but he is originally from Connecticut. He is one of the 32 YouTubers to be featured in Kris Madas' YouTuber Intro Challenge. He is also one of the YouTubers to have their intro in it.

PopularMMOs is mostly known for his Minecraft series' "The Challenge Games”, and "Epic Proportions". he also does challenges and roleplay and comical commentary with Jen (his now ex-wife) who mainly uploads Roblox videos.

On May 2, 2020, Pat uploaded a video called Minecraft: BEDWARS WITH ELENI & EX WIFE JEN VS ME!. The video caused major controversy due to the title and it being the first collaboration with Jen and Eleni. Pat made a video talking about this and said that he did not expect this to happen, which he questioned in a later video. Pat made two more videos before bringing Jen in for the forth video to tell everyone that they shouldn't attack Eleni.

On September 21, 2020, Pat uploaded a video called Eleni Is A Liar, in which he talked about how Eleni had been posting lies about him on Instagram. In the video, Pat goes into detail about how Eleni had been telling people that Pat had lied about her and was making her life worse. Pat also talked about how she and him were in a relationship, although Eleni denied it. The reason they broke up was because Eleni was mistreating Pat in the relationship and Pat couldn't take it any longer.

On September 27, 2020, Pat uploaded another video called Eleni Tried To Control & Manipulate Me..., where he talked about how Eleni had manipulated him into thinking that he should cut off all other girls from his life. Eleni was very jealous of Pat being friends with other girls, and he got evidence from other girls to confirm this. He also showed a text conversation in which Eleni said that Pat was cheating on her. At this point, he had debunked everything she said.

On October 1, 2020, Pat uploaded a video called Is Eleni A GOLD DIGGER?, where Pat talked about how Eleni was a possible gold digger. He showed a long text message where Eleni was accusing Pat of being a slave owner because he forgot to pay her once.

On October 11, 2020, Pat uploaded a video called Goodbye Eleni...The END. In the video he answered questions from fans about Eleni, and was going to be the last video about her.

All of these videos have since been privated, later un-privated and privated again.

On May 18, 2021, Jen liked a tweet that mentioned Pat likes to abuse women. After that, some pictures surfaced that Pat supposedly being warranted an arrest. Jen later responded by saying the tweet like was on accident and that Pat, in their 10 years together, have never laid a hand on her. Eleni also made multiple tweets against him.[1]. It later came out on a Heavy.com article that both Pat and his girlfriend "Liz" were arrested for giving "opposing stories."

As searchable by Duval county records, it is shown that Pat and Liz were both indeed detained, with Liz being released on ROR and Pat receiving bail. Pat and Liz both had charges dropped against them not very long after the initial arrest.

On October 21, 2020 Pat uploaded a video called So...I Have COVID!. Pat said that he had been a little sick for the past week and decided to get tested for Covid 19. To his shock, it came back positive. Pat told his fans not to worry about him, since he was young and his symptoms were not serious but rather, they should worry about other people.

On October 29, Pat uploaded a video called Update On My Covid Sickness.... In the video, he stated that he no longer had Covid 19 and also answered a few questions about how he was doing. He also talked about Jen's boyfriend, Andy and expressed interest in making a video with him. 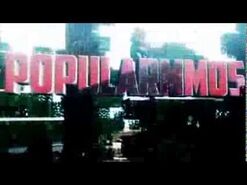 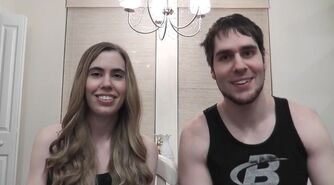 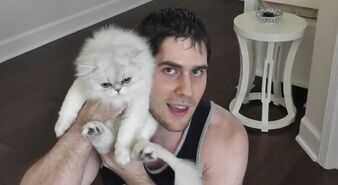 PopularMMOs and his cat, Cloud 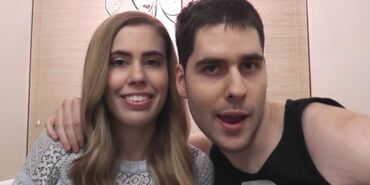 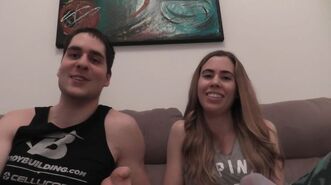 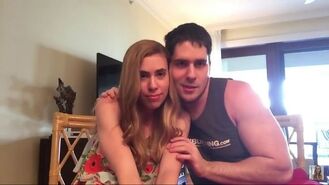 PopularMMOs and GamingWithJen in Hawaii 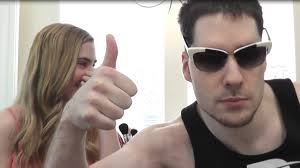 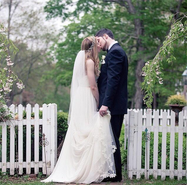 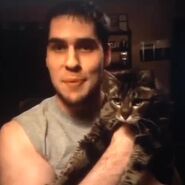 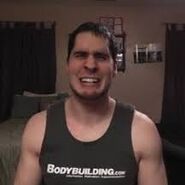 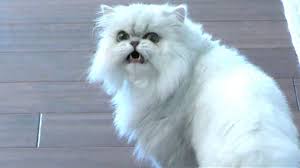 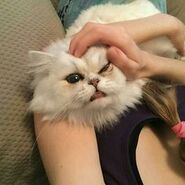