Predator's First video was uploaded on 18 Aug 2013. In the video, he played Assassin's Creed 3. His videos are mostly of him playing video games, but sometimes he makes comedy videos. He mostly records GTA (Grand Theft Auto), horror games, and racing games. He makes many videos with OldGamesHD. 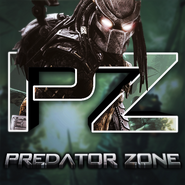 Retrieved from "https://youtube.fandom.com/wiki/Predator_Zone?oldid=986544"
Community content is available under CC-BY-SA unless otherwise noted.