Sophia (born: October 18, 2006 (2006-10-18) [age 15]), better known online as Princess Royale, is an American YouTuber. She is known for videos that consist of her playing the Roblox game Royale High, mentioning news involving the game such as trading info, new scams, possible game updates, tips and tricks, and challenges.

Happily Ever After series

Happily Ever After is a short Royale High roleplay series, made by Princess Royale, with its debut being September 25, 2020, and the latest episode was made on October 9, 2020. The series is about princesses fighting over becoming the queen to the future king, Prince Connor. The princesses' names are: Allie, Claire, Briana, Sylvie, and Alexa. A character named Macey is also included, however it is revealed early in the series that she is not a princess, but she was mistaken for Rapunzel's daughter because she was wearing purple.

On December 25, 2020, Sophia commented on a "SuperGamerGirl" video. The comment read, "I honestly think Super Gamer Girl made up the Dip Dips[1]😂." Despite most likely being a joke, SuperGamerGirl took this comment too seriously, leading to drama between the two. However, this conflict was resolved privately in Twitter DMs, and Princess deleted the accusation.

On January 8th, YouTube user "Sof loves gaming" doxxed Princess Royale with intentions of posting a video that leaks her private info, such as full name, address, and school name. Sof also claimed to be Princess Royale's friend, however this is false. The video was taken down by YouTube's moderation system, however the controversial YouTuber continues to get hate for doxxing and leaking personal info. 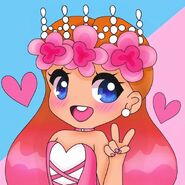 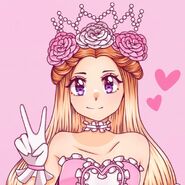