Melody made her channel on 7th July 2019. Her model was designed by an artist named DigitrevX, but she purchased full rights from him to use it.[1] She would stream on Chaturbate, even in the nude for her adult target demographic, but on 26 December she debuted on Youtube.[2] She would make a lot of music videos and MMDs that were suggestive, and for the very reason she was banned from Twitch temporarily. She describes herself as an artificial intelligence. She is also an artist.[3]

On 1 April, the "Dark Mel" personality debuted on "other site". Originally just an April Fool's joke, "Dark Mel" was widely accepted and praised by her fanbase and they given her the nickname Melware. Melware after April 1st would randomly take over Melody during Chaturbate stream days, generally once a month, to taunt Melody and her chat.

In late 2020, Melody became a founding member of VShojo, one of the first VTuber talent agencies based in the Western world, alongside Ironmouse, Silvervale, Zentreya, Nyanners, Apricot the Lich, and Hime Hajime. In her debut stream, in which other members had revealed new 2D avatars, she revealed a joke 2D avatar designed by Nyanners, who drew it with her eyes closed. It has been nicknamed "Prajekt Malady".

She's collaborated with several other YouTubers in the anime community, such as anime meme reactor Lost Pause, and even the anime YouTuber Briggs, on his show Bust to Bust, and others such as CDawgVA, and Nux Taku. She has also featured Pomu Rainpuff[6] and Kson ONAIR in her streams. The Anime Man owns merchandise of her.

Melody is a futuristic AI program used to clean files that was accidentally infected with an email's virus. Since then she has become obsessed with all things lewd.

Despite her upfront lewdness, Melody actually has a quite wholesome, innocent, and tomboyish personality. She will often get embarrassed when her chat quotes silly or perverse things she has said or done in the past, and is known for being adorably airheaded at times about certain topics. Melody cares deeply for her friends and fanbase, which she has dubbed The Science Team. She is well versed in meme and anime culture, however sometimes she will not understand older (pre-2010) internet culture.

There is a second personality of Melody, which debuted on 1 April 2020, known as Melware. Melware would randomly take over Melody, is much more lewd and crude than regular Melody, and has a bratty personality. Often insulting her chat and the regular wholesome Melody as well. As of October 2020, Melody and Melware are no longer fighting each other, and Melody regularly steals pieces of Melware's outfit.

She resides in Virtual Japan.

After her first appearance on Chaturbate, Melody received backlash from other adult performers/cam girls such as Mel Sparx who felt their channels and income were threatened by her content and promptly accused Melody of unfair competition and Chaturbate of trying to attract underage audiences because of her anime style, despite the vast majority of anime not aimed for children. Websites also wrote articles about how fans of Melody "hated women" and were "misogynistic".[7] However this has not stopped her from success, and her being hired by VShojo bolstered it.[8]

Her character designer, DigitrevX, filed a DMCA takedown on her videos as he claimed that Melody's model belonged to him, due to the fact that he was her character designer. This was despite the fact that Melody had bought it. However she proved that she bought it, which caused her to get her channel back and DigiTrevX to become very unpopular.[9] 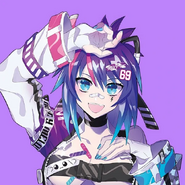 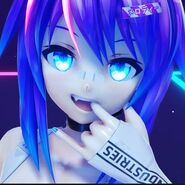 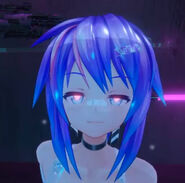 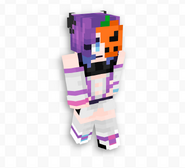 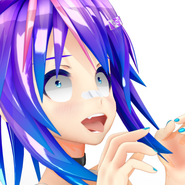 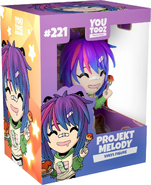