Wikitubia
Register
Don't have an account?
Sign In
Advertisement
in: Hall of Fame, YouTubers, Commentary YouTubers,
and 15 more
English

Niall Comas (born: May 14, 1997 (1997-05-14) [age 24]), better known online as Pyrocynical (or simply Pyro), is an English commentary YouTuber who was formerly recognized as one of the early adopters of well-known commentary formats, such as colored borders surrounding video clips shown during videos.

Currently, Niall uploads various types of commentary and analysis videos, especially those featuring trend-related content, on his channel. He occasionally refers to his viewer base as the "Bruh Army," a satirical jab at PewDiePie's fanbase, who were formerly known as the Bro Army. Most of his descriptions would even contain an ASCII drawing of the Brofist, something PewDiePie originally had in his descriptions in the early days of his career.

In 2019, Niall's content is a mix of trending topics, gaming videos, and commentary. He has also begun interacting with others more frequently in skits, the largest being a Reddit video browsing many Despacito memes. However, by 2020, the amount of commentary videos has declined noticeably.

As of 2021, Niall's content is now predominantly in depth reviews and analysis of games, tv shows and movies along with a limited upload of commentary videos. By November 2021, he has announced that the first and second channel would be uploaded once every week per channel and would be focusing more of the content output on Twitch.

Niall's emblematic trait is his ginger-brown, now platinum blonde almost white hair. Which many joked about saying he looks as if he were "a cute little lesbian". Niall's commentary videos started off mostly having gameplay of first-person shooters in the background, notably CS:GO or Overwatch, and occasionally having other games, like Connect 4 (IRL board game version) and Garfield Kart. In the later days of his pre-face reveal, he would employ his commissioned fanarts of his channel icon by . But nowadays, he has completely fazed out the format in favor of real-life footage of himself in his bedroom. An early exception is when his fans convinced him to put "Connect 4" gameplay in the background. Later videos displayed gameplay of "Garfield Kart" (advertised in the descriptions as "clinical depression"). Niall claimed he had compiled over 12 hours worth of Garfield Kart footage and 100 hours of total gameplay.

Prior to Niall's face reveal, pictures of his face were leaked from his private Facebook page by DramaAlert host, Keemstar, to Twitter. However, Keemstar claimed that he had never leaked information from Niall's private Facebook page and that the picture he tweeted had already been leaked onto Twitter and Google Images. Also, Niall uploaded a video of him brushing his teeth on Twitter, which was later deleted. On October 12, 2016, Niall unexpectedly uploaded a face reveal video, titled who i'm voting for president (face reveal), mocking the Casey Neistat controversy about the 2016 United States presidential election. He has included his appearance in almost every video since the reveal, changing his video format once more.

Niall has done a lot of collaborations and gameplay-related content with other fellow YouTubers such as NFKRZ (who made his old intro animation) and Bamanboi. He can also be seen with other YouTubers including most of the commentary genre such as Memeulous, WillNE, ImAllexx, Jameskii, Squizzy, Vargskelethor Joel, Trollzous, Dolan Dark, and Colossal Is Crazy.

Niall used to be frequently criticized for being a "LeafyIsHere clone" due to the great similarity of their content, despite the difference in their personalities. Niall responded by self-deprecating himself and making more of a resemblance to Leafy by using clickbait and content more favorable over Leafy's. Despite all of the drama, Niall and Leafy remained friends and appeared on DramaAlert with a playground insult match as a joke. Pyro and Leafy frequently collaborated in videos. A video made by HeyWatchYourMouth, claimed that Leafy secretly hates Niall and still adamantly believes Niall copied his style. However, people are split on whether this is true or not.

Niall was, from around 2016 until late 2018/early 2019, in a relationship with YouTube animator Hyojin Choi, better known as Squizzy. Hyojin confirmed the split on Twitter on April 19, 2019. She stated that she and Niall left on good terms and remain as friends.

During the Slazo controversy, in the immediate aftermath of him explaining his side, Hyojin and ImAllexx received lots of backlashes, mainly in how they handled the situation. Hyojin ended up involved in 3 more controversies, one of which rumoured that she cheated on Niall with Dolan Dark. Dolan said it didn't happen as he and Niall are still good friends and even collaborated during that time, and Hyojin said it wasn't anyone's business.

Niall had little to no involvement in the controversy and didn't seem too fazed by the end of it. Niall was in a relationship with a girl named Ida (who goes by Daflummify on Twitter) back in 2019 and 2020.

Both Keemstar and Niall have been in a long-lasting feud since April 2016. On April 9, 2016, Niall made a video titled, "KEEMSTAR RANT", in which he suggested that Keem should have verbally added a disclaimer to the video in which he discussed the Toby Turner rape controversy, as they were just allegations. Keem didn't like the suggestion and went to Twitter calling Niall out as well as leaking private pictures of him. There is one video, in which Keem insists that Niall himself told him he was supposedly dating a French minor girl (yet he always altered said girl's age). Keem also claimed he sucked him off and that Niall goes to furry conventions, supposedly inviting a big YouTuber there.

The heated conversation went on until Keemstar decided to block Niall. On June 9, 2016, Niall uploaded a video called "My Experience With KEEMSTAR", stating all the things that Keemstar had done in the past to hurt him, for example, claiming that Niall is a pedophile. This brought much hate to DramaAlert and damaged Keem's reputation.

Though there had been many Keemstar rants prior to this, Niall's was seemingly the first to conclude the Keemstar feud on YouTube. Keem had a decline in views after Niall's video was published (though he's doing fairly well now; he seems to have stayed out of drama - regarding him personally - ever since).

On July 20, 2019, Niall uploaded the video "YouTube doesn't pay me anymore", explaining how hundreds of his videos got copyright claimed. The claims are aimed at the outro song of his videos called Beach Walk by Whitewoods.

Niall explained that Whitewoods gave him permission to use a part of the song. He also explains Whitewoods got a copyright claim from Sony. The song Beach Walk apparently contains a sample from Grace Jones' La Vie En Rose, to which Sony has the rights of.

Niall explained in the video he was in the process of appealing the claims and looking for a different outro.

In the videos following he experimented with outros every video, until September 4, 2019, where he uploaded the video "I paid $2000 to meet morgz". Since then he has consistently used the same outro, one made by Levi Niha.

On October 29, 2020, a Twitter user known as Ivory Rasmus claimed that Pyrocynical "groomed" him when the latter was 15 years old, and Pyrocynical was 19 years old.[1] According to Ivory, Pyrocynical sent a variety of inappropriate material to him, including drawn NSFW and fetish videos.

Initially, the evidence Ivory supplied was assumed to be falsified, due to the Discord user with whom Ivory was conversing in the screenshots of the conversation he revealed, whom Ivory claimed was Pyrocynical, being shown as deleted, inaccurate dates, Ivory censoring parts of his own DMs, and the DMs being on the desktop version, which led to many believing the accuser fabricated evidence using Discord's inspect element feature.

Later, Ivory posted a TwitLonger[2] on October 31, 2020, with alleged proof that the allegations were true and the DMs were real. The TwitLonger also included a link to a video on Imgur of Ivory scrolling through Twitter DMs between himself and Pyro's girlfriend, Ida.

Many people have pointed out various holes in Ivory's claims, such as there not being any evidence of Pyro acknowledging that Ivory was underage, Ivory’s hesitance to contact Discord or law enforcement, and claims by another user that Ivory has lied about his age before. Later on, in an interview with Tommy C, Ivory admitted that he did not know the true definition of grooming, and only referred to his experience with Pyrocynical as such because a friend told him to do so.

On November 10, 2020, Pyrocynical released a statement on his subreddit addressing the allegation.[3] While not denying the conversations took place, he did clarify that no grooming or exchange of sexual imagery ever took place, something Ivory also admitted, and that their interactions were limited to "fantasy roleplay." Pyro also stated that Ivory was well known for lying about his age, and that Ivory "never once disclosed the fact that he was 15 at the time these exchanges commenced."

Additionally, Pyro brought up a case in which Ivory had similar interactions with another person similar in age to Pyro, who reached out to Ivory, after the accusations were made. However, after attempting to apologize for any hurt they may have caused, Ivory told them "no ur fine idc".

The most damning evidence released by Pyro however, was the fact that, despite Ivory claiming to be "angry, confused and sad" with regards to Pyro, they had apparently still been in relatively friendly contact up until September 2020.

Pyrocynical has since asked his fans to not go after Ivory and to move on.

On December 1, 2020, Turkey Tom released a video called "Pyrocynical's Lie: Setting The Record Straight," in which he presented evidence that Pyrocynical almost certainly knew that Ivory was underaged. The video has drastically turned public opinion against Pyrocynical, with even YouTubers who initially came to his defense, such as the commentary channel Prison Mate Luke and the Twitter reporter Bowblax, condemning Pyrocynical for these details. Five days later, on December 6, Turkey Tom published an essay titled "Proving Pyrocynical's Guilt: Debunking Every Argument," including new evidence that Ivory had given to Tom, including leaked DMs between Ivory and Pyrocynical's girlfriend Ida. Four days after that, on December 10, Turkey Tom uploaded another video, titled "The Pyrocynical Files (+New Leaks)," which was mostly a summary of the previously released essay, as well as new details that had been brought to light since its publication. This new evidence included Ivory seemingly discussing visiting Pyrocynical in the UK, and purchasing a fake ID in order to drink and visit clubs while there. The following day, Tommy C uploaded another interview with Ivory, in which Tommy opined that, given the new evidence, Ivory's claims of grooming may not have been inaccurate after all.

Pyrocynical lost 90,000 subscribers, dropping from 4,440,000 subscribers to 4,350,000, with the channel continuing to bleed subscribers daily. This is by far the biggest subscriber loss in the history of the channel. However, on December 18, Pyro made a response video, repulsed the argument that he was a groomer, and acknowledged that it was irresponsible of him to engage in sexual roleplays with Ivory without verifying his age and continuing after learning Ivory was 16 and apologized for it. This video was met with an overwhelmingly positive response from the community, currently having over 400,000 likes compared to only over 10,000 dislikes and he has partially recovered his subscribers.

On December 23, Turkey Tom made a response video to Niall's video, accusing Niall of framing him, among other things. This video was quickly met with a very negative response from both Tom and Niall's viewers alike, gaining nearly 50,000 dislikes before Christmas - effectively cementing Pyro's public opinion as not a groomer. Within the comment section of the video, several viewers are posting the lyrics of "Beat It" from Michael Jackson, reflecting the like-dislike ratio. 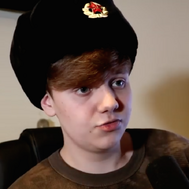 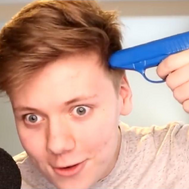 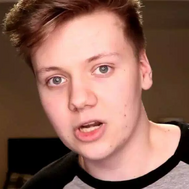 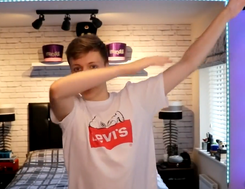 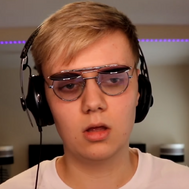 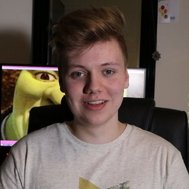 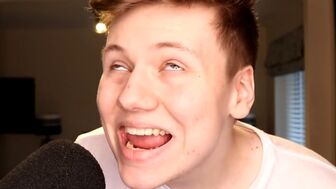 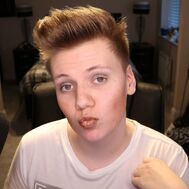 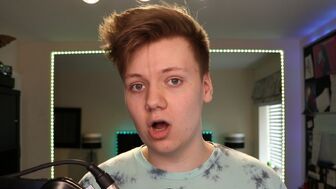 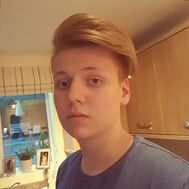 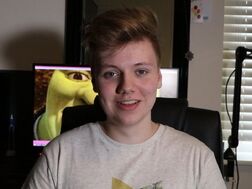 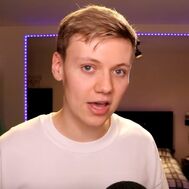 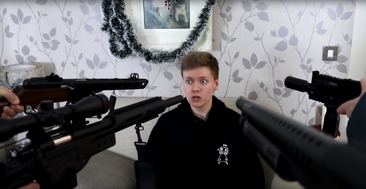 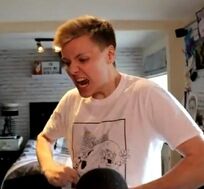 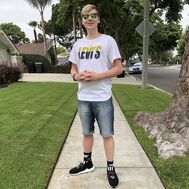 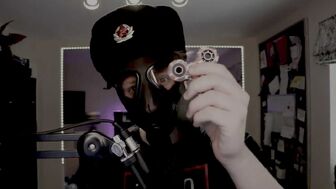 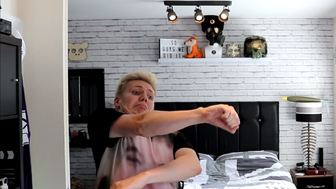 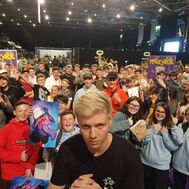 Niall at a Meet & Greet. 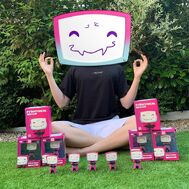 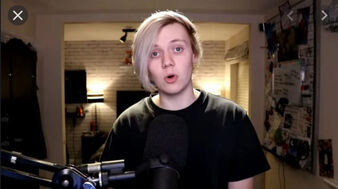 Pyro in the "My Response" video 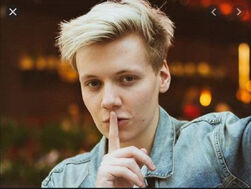 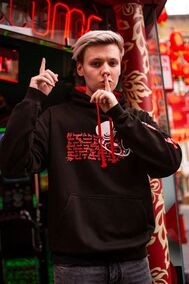 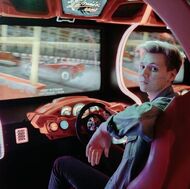