Matt Li (born: December 14, 1995 (1995-12-14) [age 24]), better known online as RCAnime, is an American-Filipino Anime YouTuber who makes video essays on anime. In a podcast with Pause and Select, he has noted his inspirations for making videos come from Julian Smith, Otaku-Vs, and Every Frame a Painting. He is also in a podcast with The Canipa Effect, GLENLOVESANIME, and AnimeRuss called AniFix. He has openly said that he is very "picky" about his video topics and it's because of that that his upload rate is slower than his peers. He graduated with an English degree in New York City and now lives in Tokyo, with his wife. 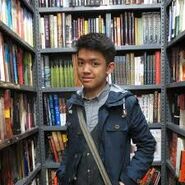 Add a photo to this gallery
Retrieved from "https://youtube.fandom.com/wiki/RCAnime?oldid=830893"
Community content is available under CC-BY-SA unless otherwise noted.