Berwick currently lives in Kitchener, Ontario, Canada.[1] He was born with Beals-Hecht syndrome, a physical disability that limits his movements. From a young age, Berwick took to YouTube, making videos as early as 2006, as his profile name "Dog264sVideos" In doing this, he soon noticed that the content and skits never stuck, leading to a hiatus of over nine years from social media. However, It wasn't until Berwick's second attempt at Twitter in the late summer of 2016, where he posted a video of him yelling and eating McDonald's french fries; did he go viral. The video was stolen and re-uploaded to Facebook where it received millions of views. This led to an explosion of virality (almost overnight) on his social media, prompting him to take a second shot at the entertainment industry. In doing this, Ricky found success and would continue uploading on Twitter for months until later that year when he rebranded his YouTube channel into Ricky Berwick and began to release videos at a consistent and rapid pace.

As of 2018, Berwick's YouTube Channel and Facebook Page had amassed over 1 Million subscribers each, and his legacy had been written in stone. From here, although Ricky’s name wasn’t A-List celebrity status; his face was. Within the span of 18 months, Ricky Berwick had taken over the internet with trending videos scattered across 3 of the largest social media platforms. Uploading on the daily, no matter where you went, “the guy who spins on the floor and sticks out his tongue on Facebook”, was a star. Whether his videos were controversial or funny, Berwick found success in all aspects of entertainment. Not confining himself to one genre of comedy (controversial, funny, serious, etc.) and spreading his influence across multiple platforms; Berwick had paved a smooth path to fame and sealed the gates to the idea of fading into obscurity.

His initial YouTube traction came from the success of his videos Darude - Sandstorm 🏜 and KA-CHOW! ⚡. Most of his videos involve him doing reenactments of events in pop culture with strange twists. Other times the skits will involve editing a "clone" into the video, which will then get involved in high jinks with Berwick himself. Within two years of his YouTube career, Berwick was able to gain over a million subscribers.

Berwick's first Television appearance was in April 2017 as a guest on Comedy Central's television show Tosh.0, where he was interviewed on their "Cewebrity Profile" in Season 9 Episode 11 titled "Ricky Berwick". He also starred on known YouTuber Daniel Keem's "DramaAlert" YouTube channel as the guest announcer, writer, and director for an episode titled "RICEGUM HAS A GHOST WRITER". Later, he made a popular video with YouTuber iDubbbzTV. Berwick has also partnered with the DXRacer company. The partnership resulted largely in success, with over 100 chairs sold as part of the deal. 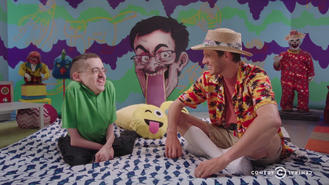 Ricky being interviewed by Daniel Tosh 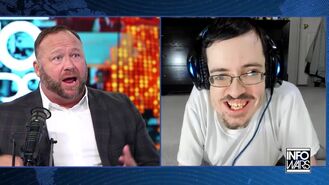 Ricky getting interviewed by Alex Jones 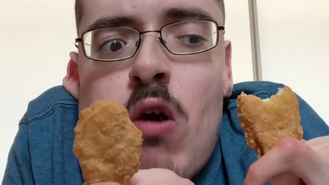 Ricky with his chicken nuggets 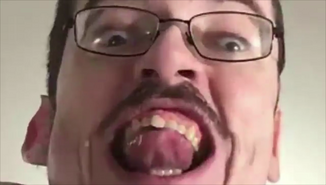 Ricky with his tongue 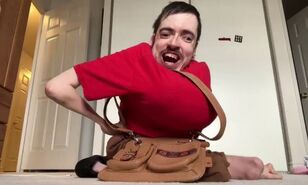 Ricky from one of his videos dressing up as a woman 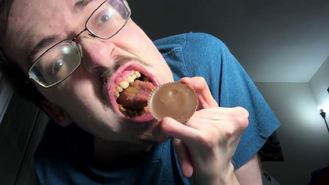 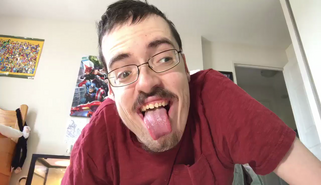 Ricky with his tongue out 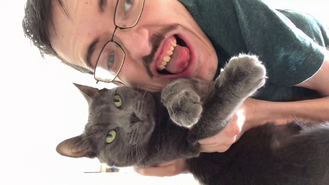 Ricky with the former cat, Shady 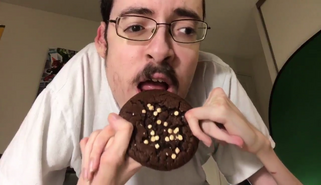 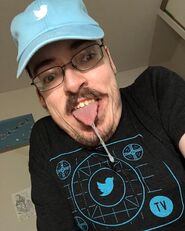 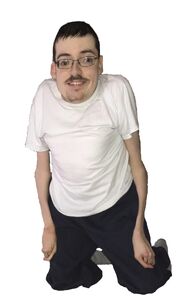