Rikka is a Japanese VTuber affiliated with Hololive.

Rikka debuted on October 20, 2019. He loves singing and plays the guitar, even once writing an original song that was sang by Airani Iofifteen, and his next streams were of him covering King Gnu[1] and Thats Why I Quit Music[2] . For Halloween, him and Izuru Kanade covered Happy Halloween[3]. Izuru has been is most recurring collaboration partner, appearing in his covers of Romeo[4][5] and Rain[6]. He has also collaborated with Matsuri[7] and Mori Calliope for his songs. Rikka's first gaming stream was of Luigi's Mansion[8], though he has multiple streams dedicated to Animal Crossing. When he was a new VTuber, he streamed Stigmatized Property, UNO, Project Winter and Super Bunny Man. Rikka's chatting streams revealed that his favorite food is chocolate, to the point he sprinkles it on fried eggs, and that he hates spicy foods, and that his favrite weapon is the meteor weapon.

On 9 July, he hosted the first episode of his new series called RiTunes Labo, where he invites guests, such as fellow VTubers and voice actors, to sing with him online, accompanied with Rikka's guitar playing. He uses a software called SYNCROOM enabling him and the guest to be in sync with each other with little delay when singing together. His guests include Mori Calliope[9] amongst other professional voice actors such as Alisa Takigawa, who sang the outro of the anime Seven Deadly Sins.

On 17 March 2021, he reached 100,000 subscribers and on the 25th, he celebrated with his concert "Over the silver dawn" where he sang two new original songs, a duet with Mori Calliope called "Spiral Tones" and a solo called "Archive". Later in his fifteenth edition of RiTunes Labo featuring Calli, they announced a MV for "Spiral Tones", which was eventually released on the 10th of May[10]. His most viewed video is singing with Matsuri Channel 夏色まつり. 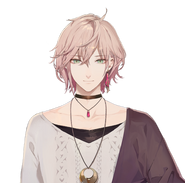 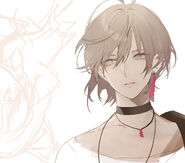 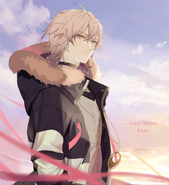 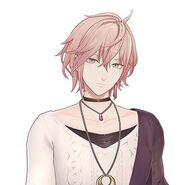 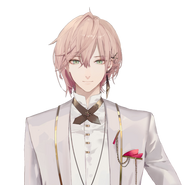 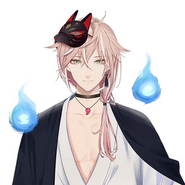 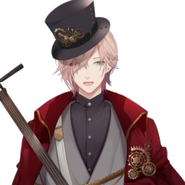 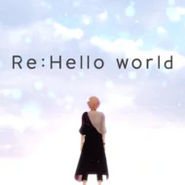 Cover of his album Re:Hello World 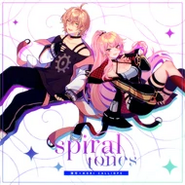