John started his channel in early 2012 and was originally famous within the Call of Duty community for his trickshot videos but in mid-2013, he began doing news commentaries with a sizable fanbase. After a shout out from GradeAUnder  in early 2016, Scarce quickly rose in popularity due to the RSGloryAndGold controversy.

John opened his channel in early 2012 (although his 1 million subscriber special dates his first video around December 2011) making Call of Duty Gameplay. Scarce had a great start, as by his second video, he was celebrating 100 subscribers, and after the next video he was celebrating 500. His first news video was in 2013 and was called "(IRL) SB Apparel Site & Former SoaR Ollie Tries to Hack SoaR – SB Scarce". Gaining more views than usual, he kept doing those videos, gaining more attention every day. During one of many YouTube subscriber glitches, in early 2017, he reached over 3 million subscribers, dropping back to 2.8 million following the fix.

Scarce reported on some notable YouTube events during 2016, such as the TmarTn and Syndicate scandal, the murder of singer Christina Grimmie, among others. In September 2016, he began doing facecam videos, but shortly after stopped them while he was setting up a new studio. He eventually returned, although after a month or two.

In late March 2017, following the YouTube ad crisis of the year, which began that month, Scarce and Keemstar, despite being rivals, collaborated to urge advertisers to return to the site following a scandal involving their ads on extremist content, thanking Coca-Cola for not pulling their ads, unaware that they actually did before they released the video. On July 19, 2017, Scarce returned to YouTube and said that he took a break due to exhaustion for preparing for college. He took another hiatus around January 2018 but returned again on late April. In a livestreamed interview he revealed that he had a brief addiction to Xanax which led to the hiatus.

Scarce was an Undercard for the KSI vs Logan Paul boxing event, which took place on August 25, 2018. Scarce's opponent was RackaRacka. Scarce had lost the fight on Round 2 with a bloody nose. However, he had received the most support for having the confidence of fighting.

In late 2015, Keemstar grew immensely in popularity. Scarce was shouted out in a video by GradeAUnderA in early 2016, stating he was "f***ing killing [Keemstar] recently". This led to a major surge in subscribers on Scarce's channel.

In September-October 2016 he attracted controversy with double uploads, people claimed that he did this for money. Scarce stopped double uploading, which ended the accusations. Double uploads became an in-joke in comment sections, later becoming somewhat of a full-scale meme.

During May to July 2017, he was rumored to have passed away due to him being away from YouTube and social media. Most people believed it was a fatal car accident, but due to no family posting on his Twitter, YouTube, or any other social media about it, no one knew for sure, until he returned on July 20, 2017.

In September 2016, Scarce took an unannounced hiatus, which caused concern, but eventually returned. Another one occurred in mid-December, where he too eventually returned. In an interview with YouTube channel No Jumper, Scarce stated the hiatuses were out of exhaustion from daily uploads.

On May 24, 2017, following the video "FouseyTUBE Goes HOMELESS! Casey Niestat BANNED from Flying Drones in NYC, DaddyOFive is BACK", Scarce suddenly stopped uploading.

On July 19, 2017, nearly 2 months of being absence from YouTube, Scarce uploaded the following video "I'm Alive! Why I Quit YouTube, Jake Paul Getting Sued" and he even tweeted on Twitter saying "Hey cuties".

However, he refused to disclose the exact reason he left due to major personal life issues.

As of 2018, Scarce is taking another unannounced hiatus for unknown reasons. However, he did host an episode of DramaAlert as an April Fool's joke.

On July 5, 2018. Scarce said he might be on a short hiatus due to his father passing away on July 4, 2018. Scarce did not want to give any detail to what happened to his dad. He said he wants to use YouTube to not think about it, but still might take a break until he's fully recovered and ready. He returned a week later July 11, 2018, explaining the situation with his father in his video. He disappeared once again in late 2018, but suddenly returned in May 2019. and again in August that year. As of August 2020, it appears that Scarce has fully returned and continues to upload regularly. 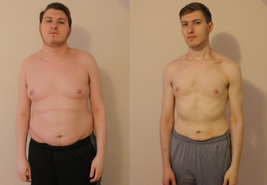 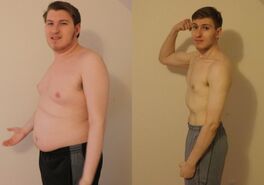 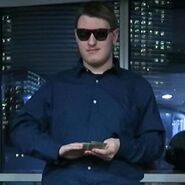 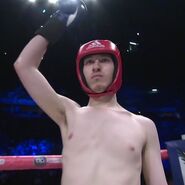 Scarce in the KSI vs Logan Paul undercard match. 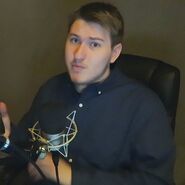 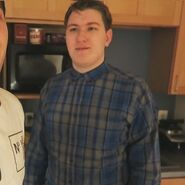 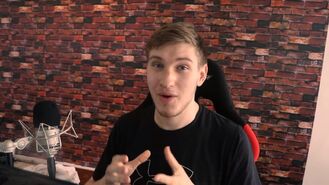 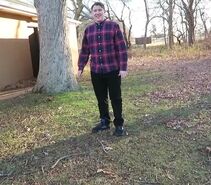 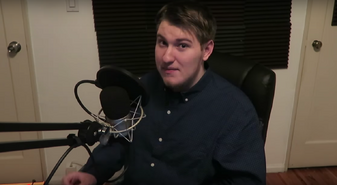 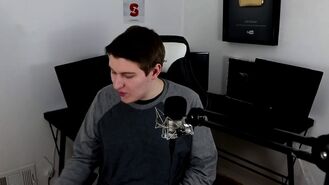 Retrieved from "https://youtube.fandom.com/wiki/Scarce?oldid=957410"
Community content is available under CC-BY-SA unless otherwise noted.