His first series was PES 13, a game that he still makes videos of. After making only PES 13 videos, He started playing Minecraft. When he started playing it he became a lot more popular than when he used to be playing PES 13. He also played Counter-Strike and Happy Wheels. After some time, he stopped swearing in his videos and he started talking in a higher-pitched voice to appeal to younger audiences.

In 2014 He was invited to a meeting with other popular Serbian YouTubers known as Mudja, Cile ST, and Full Burazeri. Full Burazeri and SerbianGamesBL are very good, long time friends.

SerbianGamesBL was the fastest-growing channel in Serbia. Nowadays he has around a million subscribers, which makes him one of the most popular channels in the Balkans.

In 2016, Serbian re-branded his 2nd channel from SerbianGamesBL2 to Life Hacks & Experiments, the channel's content also changed to DIY videos, then changed again to "experiments", which involved running over random objects with a car, or crushing them with a hydraulic press, a lot of Serbian's fans hated on the channel, and accused him of selling out, the channel also got hate from foreigners due to the waste of food and other such objects. Despite that, the channel still gets subscribers, and is currently the biggest channel on Balkan.

In January of 2019, Serbian made a few gameplay videos of the popular Battle Royale game Fortnite , however, a YouTuber called Vujke came out, exposing Serbian for using pre-recorded gameplay, some of the proof that he gathered was:

The controversy then ended up on Tubesday Tuesday (now re-branded to LENI I DEX), afterwards, Serbian took down the videos. 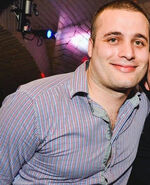 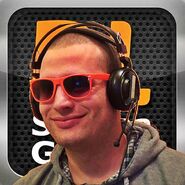 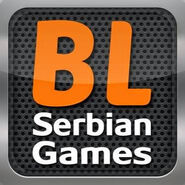 This page was created on February 14, 2014 by DarkUnknownWarrior.

Retrieved from "https://youtube.fandom.com/wiki/SerbianGamesBL?oldid=868208"
Community content is available under CC-BY-SA unless otherwise noted.