Nate was born in Sydney, Australia before being adopted by a family in Melbourne. Nate was inspired to make vlogs after discovering various YouTubers at the age of 11.

He started off making short films on a channel called Life4Nerf, which was shutdown and no longer exists.

Nate uploaded videos to MrTremor for 2 years as a gaming channel, before announcing he was changing the name to Nate Ben-M which he later changed to mylittleisland, which he continues to upload to. 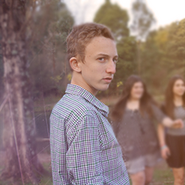 Add a photo to this gallery
Retrieved from "https://youtube.fandom.com/wiki/Shinigami?oldid=831641"
Community content is available under CC-BY-SA unless otherwise noted.