June Nicole Lapine was born on June 22, 1991 to parents of Italian descent. She has a younger sister. She is bisexual. She has ADHD. In 2016, she publicized her trichotillomania on Twitter.[1]

June has spent most of her life around the camera. She used to make films as a child and teenager. One of her childhood dreams was to become a movie director. She started her first channel in 2008, called JAFSProductions (Stands for June, Andrew, Faith, and Sarah) where June and her friends made silly skits, inspired by Fred. However, this channel broke up, due to the other owners of the channel not being as into video making as she was.

On July 25, 2010, she created the Shoe0nhead channel, where she made vlogs about her opinions and things that happened in her life, especially around the time she had begun attending college, majoring in film. However, she soon realized that she was not good at directing and dropped out. She abandoned her channel and deleted her old vlogs and got a job at the cosmetics section of Macy's. She also wrote articles for The Libertarian Republic but left soon after.

In 2014, she planned to upload a short rant video on Facebook in response to her friends posting about feminism, but not wanting her friends to feel called out, she uploaded it to YouTube instead, believing that her channel was dead and hardly anyone would see it. However, then YouTuber Thunderf00t shared her video, gaining her a lot of popularity.

On New Year's Eve of 2017, her boyfriend Fluhrer proposed to her. Later in 2020, June announced on twitter that she and Armoured Skeptic had decided to end their relationship and remain simply friends. This breakup caused June to delete her Twitter account and leave the internet for many days, making many wonders whether she quit YouTube altogether. She soon returned though, and on June 30th, 2020 June tweeted about her breakup, and why her 3-year long engagement to Armoured Skeptic didn't work out. She defended her Ex, saying there was no cheating or poly relationship like how many suspected. Instead, she claims they ended their engagement because of issues they had for a long time, and COVID.

In early 2021, an Imgur album released containing at least 150 nude photographs of June. The album was spread across the websites KiwiFarms.net and 4chan. The Imgur album was deleted shortly after. June did not respond to the leak.

Generally speaking, she aligns with liberalism but has also identified as left-libertarian and formerly apolitical. Her opinions tend to be mostly center-left and critical of SJW culture. She supported Bernie Sanders in 2016. Despite taking a hard stance against "social justice warriors", she's also good friends with feminists and social justice advocates in real-life. She identifies as bisexual and one of her good childhood friends is FTM trans. She's critical of MGTOW's, TERF's, MRA's, and religious conservatives. Her stance on Donald Trump has changed over time from being more defensive to rejecting him outright.

June supported Bernie Sanders in the 2016 United States presidential election, and discussed Bernie and his campaign on her Brainlet channel. She had initially used it to upload songs such as Mad Lib (though this was later unlisted), and would also discuss meta topics such as the divide in the anti-SJW community on it. 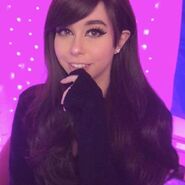 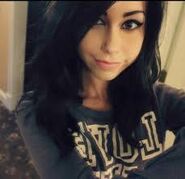 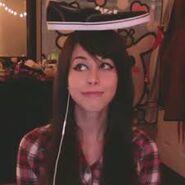 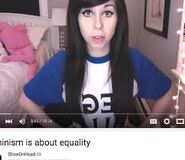