Sofia has been acting since 2014, with her first role being Hakim's sister in Heritage. She also played a patient from Atul:Emotions, the beach child from Perspective, a student from JA-9, the Afghan Girl from 12 Strong and Veronica from Game Therapy. Despite being well known for playing characters from Dhar Mann's videos, he is not the first YouTuber who she has been acting for - she played a character of the same name in Lele Pons and Hannah Stocking from the episode "I'm an Instagram Model" and was the intro girl in Bart Baker's Madonna ft. Nicki Minaj: Bitch I'm Madonna[1] Parody.

In 2019, Sofia began acting in Dhar Mann's videos, often being type cast as a shy/meek girl who was sensetive, prone to crying and a frequent target of bullying. She is best known for playing the role of Sam/Psychomantis, a girl who wants to be a gamer just like her idol SSSniperWolf, despite her sexist mother not allowing her. However after she receives a PS5 from her idol, Sofia's mother drops her beliefs and she becomes a professional gamer and earns a lot of fame and money. This in itself brings more issues such as a bully targeting her due to her fame, but Sofia earns his friendship by paying for his rent and car. "Sam" and SSSniperWolf appear in more miscellanous[2] videos,[3] though with minor roles. 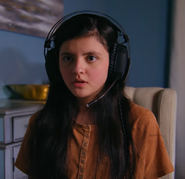 Sofia from the Dhar Mann Extended Cut of the video 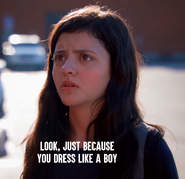 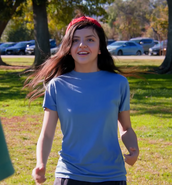 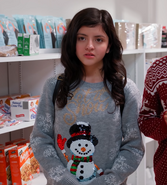 Sofia in a Christmas sweater

Sofia as a caroler 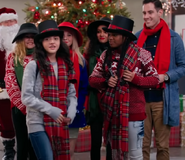