watch 01:50
Wiki Targeted (Entertainment)
Do you like this video?
Play Sound

Jay Michael Burton (born: December 9, 1998 (1998-12-09) [age 22]), better known online as Subscriber Wars, is an English YouTube channel that focuses on various subscriber channel rivalries. Most of the videos are active since the videos are mostly livestreams which have an active amount of viewers, and have a bunch of different moments during the subscriber count race. Some examples of this type of race would contain certain YouTubers getting a certain amount of subscribers and one channel surpassing another YouTuber. One of the special features of this channel, is there is a four way contest for subscribes, and the chat feature is enabled. The livestreams feature songs that are played, and there are over 3,500 songs which are located in the playlist which are not directly located on the channel but are important for the channel's experience.

The channel suffered a big hit after YouTube abbreviated their Subscriber Counts on September 17, 2019 but it is still getting by.

Subscriber Wars and YT Battles formed a partnership in May 2019 to try and help one another out, which worked for a good few months. Subscriber Wars started off the trend getting YT Battles 500 subscribers in one day.

The help Subscriber Wars gave to YT Battles at the time started off a race between both channels this lasted until around 13k for both channels. But then YouTube abbreviated the subscriber counts which ended the race.

The partnership ended in October 2019 due to toxicity between the two communities.

Subscriber Wars: "I would like to congratulate YT Battles on 100K subscribers, well done"

The rise of Subscriber Wars

Jay also has another Channel Called Jay Burton in which he uploads gaming and exploring content, this channel which was originally "Subscriber Wars Gaming" was later combined with "Subscriber Wars Exploring" to make the current channel.

Jay was born on December 9, 1998 in Carlisle City General Hospital (no longer exists) Cumbria, England. Jay was brought up and still lives in Penrith, England.

Between birth and around the age of six, Jay had seizures on a daily basis. These were caused by him being unable to control his own body temperature. After this stopped, Jay often went fell walking in his local National Park: The Lake District with his family which he really enjoyed, he still enjoys the outdoors to this day.

In September 2003, Jay started his education at Beaconside Infants school where he had the more quieter nature and didn't really mingle with others.

In September 2006, Jay started education in Beaconside Junior School which changed to a primary school when the infant and junior schools became one. Again Jay was one to himself and only had a small but select group of friends who he in most cases lost when he went to secondary school. During his junior years Jay enjoyed sport mainly the athletics type sports like javelin, discus, long jump and track events.

In September 2010, Jay started secondary school at Ullswater Community College where in the first few years he was more of the quiet nature but as the years went on he started to gain confidence especially when form/class lessons where distinguished and you were put with other members from other forms when starting your GCSE subjects. Jay really enjoyed design and technology especially woodwork but also enjoyed graphic design which is where he got his skill in Photoshop and computer design.

Jay currently works as a builder with a local firm around his area where he does a range of construction/demolition projects. This is what pays for his hobbies like YouTube and his enjoyment of photography. 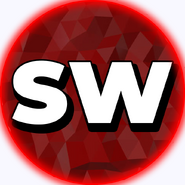 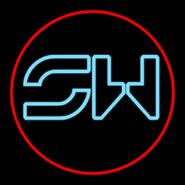 YouTube Icon used in November 2020
Add a photo to this gallery
Retrieved from "https://youtube.fandom.com/wiki/Subscriber_Wars?oldid=1162589"
Community content is available under CC-BY-SA unless otherwise noted.