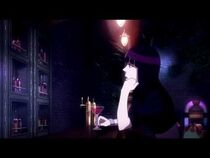 Subsonic Sparkle is a English YouTuber who makes analysis videos in which the topic mostly relates to either video games or a certain type of anime series. His channel is also home to The Filler Podcast. He's probably best known for appearing on an episode of Mother's Basement's podcast the Weebcast in 2017 where he, Digibro, Goeff, and several others discussed Digibro's video shit talking other anime YouTubers. Subsonic Sparkle hasn't made a video since July 9, 2018.

Retrieved from "https://youtube.fandom.com/wiki/Subsonic_Sparkle?oldid=1069333"
Community content is available under CC-BY-SA unless otherwise noted.