watch 03:27
Wiki Targeted (Entertainment)
Do you like this video?
Play Sound

Sugar Pine 7 is an American YouTube channel and company started by Steven Suptic (born: February 6, 1993 (1993-02-06) [age 28]), the channel consisted of comedy skits and mockumentary style vlogs which were part of a series called Alternative Lifestyle, their content is now mainly podcast uploads. The channel started off as Steve’s personal, back when he was known as ”MLGHwnT”, with content and animations related to Minecraft.

The channel was created by Steven in mid-2012 under the name MlgHwnT. There he posted videos such as Minecraft commentaries and animations. On his channel, he made collaborations with SkyDoesMinecraft, AviatorGaming, BurtGasm, and others. He was also part of YouTube groups TEAM MVG and BAHMLounge. In 2014, Steven created a second channel that featured less Minecraft called HWNTwo.

In March of 2015, Steven moved out to LA to pursue a job opportunity given to him by Discovery, which was to run a gaming channel called Super Panic Frenzy with Reina Scully. This channel was closely associated with SourceFed, both of which were created by Philip DeFranco. Super Panic Frenzy featured a large variety of gaming, a large portion being Japanese content, due to Reina being billingual, and a weekly podcast.

Sometime between late 2015 and early 2016, Steven turned his back on his Minecraft content, saying, "There comes a time in one's life where they look at what they're doing and think to themselves, holy f*** I'm 22 years old and I'm playing Minecraft for a living. So that's why I've strayed from doing those videos." After that, he rebranded his channel as The Steven Suptic Experience and started posting more vlog and challenge style videos.

Due to potential copyright issues and the channel not being as successful as was hoped, Super Panic Frenzy was shut down in August of 2016, though the channel still remains up with all its old videos. After a few months, Steven was re-hired by SourceFed as a host on the main channel. He worked there up until March 24th, 2017, when the channel was ultimately shutdown.

Reina and Steven created a podcast called Boys Only Club in April of 2017, which has its own channel. The podcast was similar to their previous one on Super Panic Frenzy. The last episode was recorded live at RTX Austin in August 2018.

Suptic documented the shutdown of SourceFed on his YouTube channel, at the time called StevenSuptic, via his unique style using a combinaton of freeze frames and narration to create a semi-serious storyline, as well as exaggerated personalities of the cast. He continued to produce videos in this format, which often included James DeAngelis, a PA at SourceFed, and Cib, his best friend. The vlogs followed their daily activities, often with 'bits' where the group would act out skits, performing as exaggerated versions of their real life personas. Their style was later coined "alternative lifestyle". ParkerGames and his team, Jeremy Sauder and Andrew Givler, were also heavily featured in what later became Season 1 of Alternative Lifestyle. The name Sugar Pine 7 is derived from the cabin that the group stayed in during their visit to Idyllwild, often said to be the beginning of the channel as we know it today. They soon hired former SourceFed editor and employee, Autumn Farrell, and rented our an office space as well. Later on famous actor James Allen McCune and his at the time significant other Mimi Torres became producers and started working at Sugar Pine 7. Near mid to late 2017 Devin Parker, a friend of James DeAngelis’ since university joined the group as a recurring cast member and helped film their horror short film, “The Woods”, it was later announced that Devin would no longer be on camera and would be a BTS person who would write scripts, not long after Devin officially left Sugar Pine 7.

In September 2017, Sugar Pine 7 won the coveted 'Show of the Year' award at the Streamys, and were invited back the following year to present the same award. In October of the same year, Kyle Kizu of The Daily Californian named Sugar Pine 7 "the pinnacle of YouTube content creation."

The channel was bought by Rooster Teeth in 2018, and moved out to the Rooster Teeth LA offices, and hired editor Vicky Pham. In July 2018, they were featured in Variety magazine and in late 2018, Autumn Farrell quit working at Sugar Pine 7 and moved as an editor at Inside Gaming.

In 2019 it was announced that Sugar Pine 7's series Alternative Lifestyle had been cancelled by Rooster Teeth, after four seasons. The channel is still active with episodes of the Beyond the Pine podcast, though the company is defunct and the members have found new jobs.

Originally from Illinois, Steven lived in Wisconsin until he moved to Los Angeles to work at Super Panic Frenzy, where he still resides today. He used to live with his fiancée, Alyssa, and two dogs, Littlefoot and Winnie, though now lives with Cib.

Once Sugar Pine 7 was formed Steve and his friends went on to produce parody vlogs which centered around his daily life and his career. Despite him often referencing his real life business and personal struggles (his audit, his place of work shutting down, etc.), almost all of the events in his vlogs were jokes. The vlogs featured exaggerated personalities and fictional characters like cameraman Alfredo. Near the end of the channel they started a sketch comedy show to add variety to the channel. Most uploads now are Beyond the Pine podcast episodes.

During his MLGHwnT days, Steven had an animated series called "To Kill A YouTuber" and also "To Save A YouTuber." Where each week he took a comment on which YouTuber to kill. The series had 26 (TKAY) and 14 (TSAY) videos. The series had different characters like Bashurverse, mlgHwnt, ZexyZek, LDShadowLady, Vikkstar123, TBNRfrags, Deadlox, Munching Brotato, SkyDoesMinecraft, Kkcomics, AviatorGaming, and more.

He also had an animated series called, "Wild Adventures" which, after a very long pause, started back up on October 2015 but was soon canceled after two episodes due to Steven not wanting anything to do with Minecraft anymore. Steven later deleted both "Wild Adventures" and "To Kill A YouTuber" series from his channel a long with all other previous content. 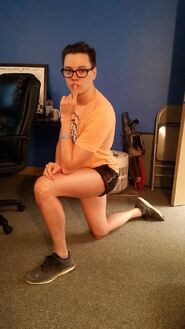 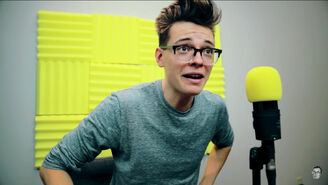 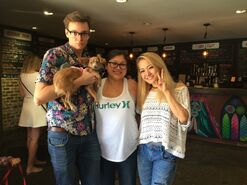 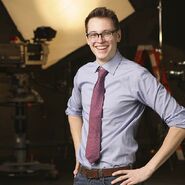 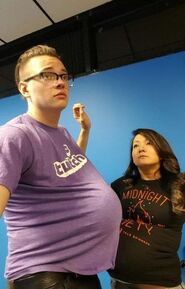 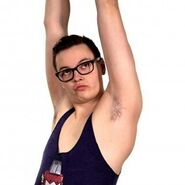 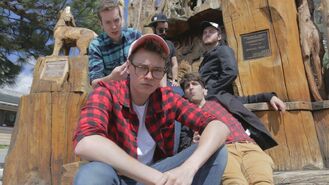 Add a photo to this gallery
Retrieved from "https://youtube.fandom.com/wiki/Sugar_Pine_7?oldid=1140787"
Community content is available under CC-BY-SA unless otherwise noted.