Wikitubia
Register
Don't have an account?
Sign In
Advertisement
in: Candidates for cleanup, YouTubers, Gaming YouTubers,
and 6 more

Sky Does Everything • CaptainSparklez • JeromeASF • ClaraBabyLegs

Brandon Dylan Ashur † (September 9, 1985 - September 12, 2021 [aged 36]) better known online as TOASTY (also known as TOASTY TIME, formerly known as Bashurverse), was an American Minecraft YouTuber who used to reside in Kentucky, before moving to Australia. He was well known for his eccentric voice and his scripted "Minecraft" series "The Legend Of Hobo" which made him gain thousands of subscribers. He uploaded primarily Minecraft content but has a second channel named BashDoesThings where he vlogged about his life and him dealing with the events after the confession he made. He uploaded on a regular basis, usually every single day on his main channel. He also called his fans Melons or Goonies rather than viewers or subscribers.

Bashurverse took a hiatus in 2017 due to previous scandals in high school resurfacing, though he returned in December 2019 with an update video on his channel.

Brandon mainly uploaded Minecraft content. Over his full YouTube career, he had made Minecraft series such as Magical Modded Minecraft Morning (MMMM for short) Love Craft, The Legend Of Hobo, 99 Diamonds Challenge, Sky Factory and more.

Brandon uploaded many videos on the fourth installment of the Skylanders game series, Skylanders Trap Team. These included Skylanders toy unboxing videos and playthroughs of the game itself.

On March 4, 2015, Brandon uploaded a confession video (now deleted) on his main channel about his past life and one specific event that kept getting brought up and was threatened by others to be thrown out into the public. He apparently was losing a lot of friends and was going through a lot, and simply wanted to get the story off of his chest. Everything in the video he still claims to be completely true.

He revealed that he doesn't know who his father is and that he knows who his mother is but never talks to her and hasn't seen her in a long time. He also stated that his mother was not a good person. Throughout the video, although he nervous, he tried not to tear up or cry. According to Brandon, his life started off rough, and his mother did not look after him when he was very young.

His mother ended up in court and his relatives took it upon themselves to care for and raise Brandon. His adoptive father was a country musician and would take Brandon to his concerts. When he got to high school, he lost interest in education, so he was put in a school that undesirables went to where, he played EverQuest on his laptop everyday whilst further failing in his education. He would get physically bullied and his money stolen, and have his his laptop broken. On the weekends, he would play dungeons and dragons with his middle school friends.

When he was 17, he met a girl that would later become his first love. However, she later ended up cheating on him, which was devastating according to Brandon.

Brandon would always go to his best friend's house, and his best friend had a sister younger than Brandon himself. His friend's sister was talking to Brandon a lot and would comfort him about what was happening in his life. They started to develop feelings for each-other before becoming an item in 2003. She had just turned 15, and Brandon had turned 18. Her parents hired a private detective to watch them both in case anything goes south. The sister and Brandon would talk online through AOL and other forms of messaging services. They got pretty intimate, but only through messaging and not through any physical contact. One day, he woke up to a knock on his door where he was introduced to the private detective, who arrested him for his provoking chat history with a minor.

After his arrest, he was taken to jail and later released on bail. By then, he was charged with a Class B felony for unlawful transaction with a minor 1st degree <16 yrs. He had to go to a therapist's class for pedophiles, not to mention that all of his computers were confiscated. He also had to go through 12 months of an unknown sentence. The therapist contacted the court to tell them that Brandon did not belong to the therapist class at all and told the court that he didn't have to go again.

For the past ten years after this event, he did not leave the house. Later, when he moved, he became a shut-in and spent every single day in one room on his computer that he would buy for himself after his original ones were confiscated. He never left the house or saw anyone other than his adoptive mother, which was very rare. He would play games such as World of Warcraft or Katawa Shoujo. Sometimes he reportedly wanted to commit suicide.

One day he made a Minecraft series called The Legend Of Hobo and it received over a million views. He then made more episodes of The Legend Of Hobo. Popular YouTuber Sky Does Minecraft told Brandon they liked his videos and he started collaborating with popular YouTubers such as Sky and CaptainSparklez and JeromeASF. He then developed a fan-base of people that enjoyed his videos.

On September 12, 2021, Brandon died due to complications from COVID-19, and pneumonia.[1][2] In his final months, Bashur continued to update his fans about his health conditions, often pleading with his fans to be vaccinated and stay masked as to stay as far from his condition as possible. His warning tweets were largely shared across various news platforms in warning others to stay protected from the virus.

Clara Swan, also known as her YouTube personality "ClaraBabyLegs" was his girlfriend at the time.

On April 8, 2015, Brandon uploaded another video in reply to rumors of him raping a 10 year old girl when he was 23, clearly by all of the cursings he was very angry and he was repeatedly saying he was done. This video was deleted 30 minutes later but was reuploaded by several other users.

On April 18, 2015, Brandon then uploaded a video of himself talking about how he was going to continue to do YouTube. In the video, he showed off what he referred to as a bitter-sweet gift, his gold plaque from YouTube for reaching 1 million subscribers. During the video, he also said that he would be seeking professional help and that he would be doing more vlogs on his vlogging channel BashDoesThings. While shooting the video, it was clear that Brandon was distraught, and showed signs of crying often, both through his speech, as well as the sound and tone of his voice.

Despite the torrent of hate, the majority of Brandon's fan-base appear to have rallied together to help him feel better, either by providing kind words, wisdom, or advice. Some fans, however, have resorted to turning their anger towards Keemstar and his channel DramaAlert, who had, before sitting down and interviewing Brandon via Skype in one of his videos, thrown hate in Brandon's direction. It has been noted that Keemstar showed some respect towards Brandon as he told his side of the story and he did apologize. Whether this was genuine respect is still a topic of speculation among both fans and haters.

Brandon later posted a video on his vlogging channel, calling on his fans to not hate on Clara, and stating that she was not a gold digger. He also claimed to still love her, referring to her as the love of his life. He also stated that, while he did feel upset about the drama, he was looking forward to getting back into the swing of things. Brandon is continuing to upload consistently to his vlogging channel.

Clara herself also uploaded videos about the situation.

On May 4, 2015, Brandon and Clara posted a video on Brandon's main channel and talked about the fact that in September 2014, Clara had a miscarriage. In the video, Clara and Brandon apologized to each other and the fans for everything that happened while they weren't together. They also stated that they wanted to get back together and work on the relationship. At the end of the video, they gave each other 18 million volts of forgiveness with a taser. Now, the are back together and recently moved into the new BAHM lounge house, where they continue to be meme loving lets players.

On October 1, 2015, Brandon tweeted that he was depressed and suicidal. He claimed that his channel was dying and that he is constantly called a pedophile rapist on a daily basis. Brandon also claimed that he was dealing with depression. Furthermore, he tweeted that people send death threats to him and tell him that he should kill himself. Roughly an hour later after all of this went down, he spoke with Barnacles who comforted him. Brandon then took the tweets down and apologized for his outburst on Twitter.

On May 2, 2017, Clara posted a tweet on her twitter relating to the status of her and Brandon's relationship. It is apparent, from her tweet, that her and Brandon are no longer together anymore.

On April 24, 2017, Bashurverse blacked out his YouTube channel with a plain black profile picture and banner. He also changed the YouTube name with just a dash as his name. He has privated every single one of his videos. The only way people could talk to Bashur was going to the discussion post. But YouTube added the Community Tab and Bashurverse added it to his channel, or YouTube just added, with no posts so far. Bashurverse also deleted his Twitter account, but his tag was @ToastySucks, then deleted his Twitter. There is a user with the @bashurverse account with the bio saying Brandon is back @bashurverse, with a few likes supporting Bashurverse. However, this account most likely isn't the real bashurverse account, since it has a low number of follows, and Bashur had around 200,000 followers.

On Feburary 22, 2018, Bashur's Minecraft account was hacked and put up for bid.

Fake channel stirs up the competition

On December 7, 2017, a new Twitter under the name of @TheBrandonAshur, came to the stage and claimed to be Brandon Ashur and had also announced in his new channel, Brandon Ashur, which currently contains livestreams and music. The channel currently has over 550 subscribers. But it was later proven that this was NOT Bashur, as the user never spoke on any of his videos, and the picture used for his twitter was from an older tweet. SkyDoesMinecraft themself stated the following on a video about the fake account "This picture was on his instagram captioned under I can't believe I'm hopping in a call with Keemstar something along those lines. This is a fake account using Brandon's name for views."

On September 17, 2019, Bashur took to his old Twitter to tell people to follow T0astyTime as that's where he is now. He now streams on Twitch under the name Toasty. 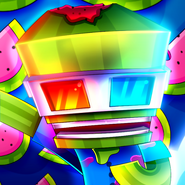 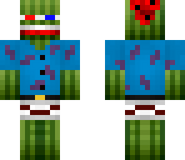