George Kusunoki Miller[1] (born: September 18, 1992 (1992-09-18) [age 28]), better known online as Joji (or Pink Guy, formerly DizastaMusic and TVFilthyFrank), is a Japanese former YouTuber and comedian of Australian descent. He is now a musician going by the stage name Joji.

Miller's true start as an entertainer began on his second YouTube channel, now defunct, that consists of music videos, rants, ukulele performances and "The Filthy Frank Show", with most of the main characters played by Miller. This included the titular character Filthy Frank, a persona who was described as the anti-vlogger of YouTube. Miller first created the Filthy Frank character during his time on his DizastaMusic YouTube channel, which started gaining popularity in August 2011.

In 2013, Miller also began producing surreal comedy hip hop music under the name Pink Guy, who is of one of his many personas, with his discography spanning two full-length albums and an extended play.

On August 15, 2014, Miller uploaded a video, announcing that he would not be posting any more video content onto the DizastaMusic channel, under the risk of losing the channel due to the numerous copyright and community strikes it received.

Miller is known for starting the meme called Harlem Shake, which features a clip of one person dancing as the song Harlem Shake plays, then cutting to a clip of multiple people dancing in the same room after the beat drops. The viral trend also helped the song atop the Billboard Hot 100 and was responsible for Billboard's decision to factor in YouTube views towards chart position.

Filthy Frank's videos were known to push the extremes of YouTube, with such videos as "VOMIT CAKE", "WORST ANIMAL RIGHTS ACTIVIST", and "RAT CHEF". He also has a secondary channel called TooDamnFilthy and his own unofficial wiki.

On September 27, 2017, Miller announced the release of his first book, titled Francis of the Filth, the same year he decided to retire from being Filthy Frank, thus ending his comedic career on YouTube. On December 29, 2017, he released a statement on Twitter explaining why he has decided to do so, and henceforth his music career began.

Miller was born on September 18, 1992, in Osaka, Japan. He attended an international school, Canadian Academy, in Kobe, Japan, where he graduated in 2012. At age 18, he left Japan and traveled to the United States. He is half Japanese and half Australian.

Not much is known about his personal life, as he attempts to maintain his privacy. In his video uploaded to the DizastaMusic channel on May 3, 2014, titled "FILTHY FRANK EXPOSES HIMSELF???", where he broke character and revealed that he was a college student in Brooklyn, New York, and he didn't want to reveal personal information for fear of not being able to get a job later on due to the nature of his show. He also explained his struggles with his health, such as his seizures when stressed, caused by an unspecified illness and stated that he needed to slow down on the show for his own well being.

Miller currently lives in Brooklyn, New York. Miller often flies to Los Angeles, California for work and has a residence there.

Miller has an undisclosed neurological disorder that causes stress-induced seizures. This is one of the reasons that led him to quit his YouTube career.

On December 29th, 2017, Miller officially announced in a tweet on his character's account that he was done with his online persona as Filthy Frank. He stated the following reasons for this being:

It is also speculated that the channel wouldn't survive in the long run after 2017, if he had continued to play the character of Filthy Frank. Adpocalypse was a big blow to the channel from the start, and the atmosphere and political climate of the platform was rapidly changing at the time, from what was considered "Old YouTube", to a new face to appeal more to advertising. TVFilthyFrank was just too damn filthy, where if he'd continued to make content, his channel would've got bogged down with strikes, demonetization, and potentially termination from the platform.

The majority of his fanbase respected his decision, but still mourned the end of Filthy Frank. Miller's career completely moved on to music, which has been described as a mix between R&B/Soul, lo-fi and trip-hop. However, shortly before closing down the Filthy Frank channel, he released a novel titled Francis of the Filth, which was written to conclude the lore of Filthy Frank. Despite this, the book contradicts events that happened in the videos. So it isn't known whether the book is truly canon to the show, or if it is supposed to take place in a separate timeline. 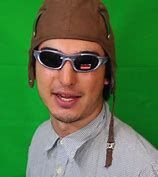 The Harlem Shake; a popular trend started by Miller. 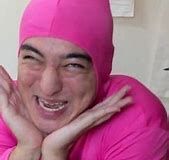 "Welcome to the rice fields" 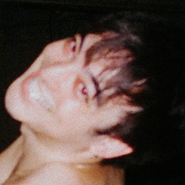 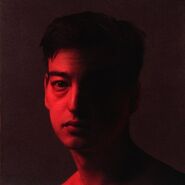 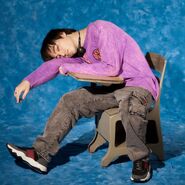 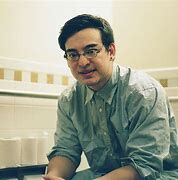 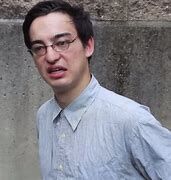 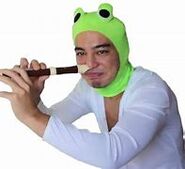 Fellow YouTuber IDubbbzTV (in his green suit) and Pink Guy in A WAR IS COMING...

Retrieved from "https://youtube.fandom.com/wiki/TVFilthyFrank?oldid=1105914"
Community content is available under CC-BY-SA unless otherwise noted.