Matthew Crawford (born: April 23, 1993 (1993-04-23) [age 27]), better known online as Tekking101, is an American YouTube manga reviewer, most known for his reviews of the series One Piece, created by Eiichiro Oda and serialized in Weekly Shōunen Jump.

He has an alternate vlogging channel known as Tekking1001.

When Tekking started his channel back in 2009, he did a series of let's plays of the Medieval games for the Playstation 1. Looking back, he considers those let's plays to be terrible, but has kept them up on his channel to this day because he sees them as learning experiences and valuable parts of his history on YouTube.

For 5 years, from 2011 to 2016 when the series ended, Tekking was known as one of the go to channels on YouTube for Bleach related content, along with TheEliteAce; other people reviewed the Bleach manga, but these two were some of the few which focused almost exclusively on Bleach. He had very few subscribers when he started, but he managed to acquire almost 100,000. In the beginning he only did chapter reviews, but later on he would do discussions on the series, including characters, locations, abilities, weapons, etc. He's stated that, because of how long he reviewed Bleach, even to this day he has an amazing memory of the series, even the tiniest details, and even in fillers, movies, and OVA's, which most people disregard immediately.

After Bleach ended, Tekking was trying to find a new manga to review. He started with Toriko, but had to stop only after a few chapter reviews because the manga had ended out of nowhere.

After Toriko, Tekking started reviewing My Hero Academia, a manga which he had recently gotten into. He did a few chapters, but ended this not because he didn't like it, but because he just didn't have fun reviewing it. He did, however, later start doing character discussions on the series, so My Hero Academia is still well represented on his channel.

After he stopped reviewing My Hero Academia, Tekking started reviewing One Piece, which is when his channel REALLY blew up. When the end of Bleach was oncoming he eclipsed 100,000 subscribers, but now he has more than 400,000, and many people have said this is partially because he's talking about One Piece, the most popular manga in the world, and also because he tends to upload pretty much every day now. He not only reviews chapters, but he also does discussions on characters, devil fruits, locations, weapons, concepts, abilities, and other such things, and even does theory crafting videos on the series, too. Today he occasionally does videos on other manga, such as Black Clover, My Hero Academia, Hunter X Hunter, Attack on Titan, and One Punch Man, but it's primarily One Piece, which is his favorite manga.

Tekking1001 is Matt's other channel, in which he does mainly vlog style videos where he talks about random stuff and tells stories about his life.

Tekking has a series called Mail Time! which features him opening any fanmail he receives.

His P.O. box is as follows: 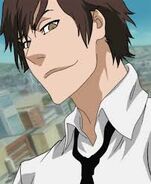 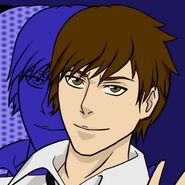 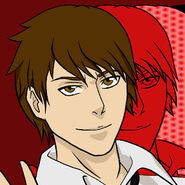 This page was created by JakCooperThePlumber on July 12, 2015.

Retrieved from "https://youtube.fandom.com/wiki/Tekking101?oldid=838540"
Community content is available under CC-BY-SA unless otherwise noted.