He created his YouTube channel on September 10, 2011. Tyler also creates lore videos on his channel with a light story and also made a 20+ minute movie.

TGB has many let's plays with varied games such as Subnautica, Fallout 3, the Silent Hill games and many more.

TGB also has his own Discord Server where he frequently talks with fans and lets them know when a new video is coming. 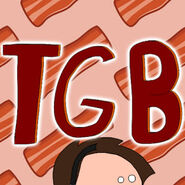 Roy Farkleburger, with his 350 point IQ 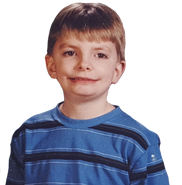 Young Tyler.
Add a photo to this gallery
Retrieved from "https://youtube.fandom.com/wiki/TheGamingBaconator?oldid=842073"
Community content is available under CC-BY-SA unless otherwise noted.