Oli was born Oliver on July 11, 1995, in Doncaster, England. He has posted pictures with his family on Instagram but their names are not known. He has a degree in psychology from the University of Hull, which he is commonly made fun of for having.

Oli identifies as a heterosexual male with pronouns he/him. He was previously in a relationship with Lizzy Walton but the duo broke off in September 2014. Since then, he has not revealed much about his dating life on his social media, as of 2021 he has said on his Twitch that he "Does not have time for a relationship", whether this was a joke or not is debatable.

His first video was posted on April 2, 2012, and this video was titled "Brits Playing WoW - Episode 1". He has been a part of multiple series, however has been known to upload no more than 1, 2 or 3 episodes on each. He is known by his friends and fans for his habit of not uploading for months at a time.

As well as being in his own Twitch streams, he is also sometimes featured in live streams with other Youtubers such as LaurenzSide, SmallishBeans, LDShadowLady, Dangthatsalongname, Seapeekay and many more. On his streams, he sometimes plays Among Us, Mario Golf, Geoguessr and also sometimes does music streams

X Life is a modified SMP — created by Dangthatsalongname — where players start with one heart and the objective of the server is to survive with 10 lives. Losing a life adds one more heart to a player's health, and a player is eliminated from the server if they lose all of their remaining lives.

The Empires SMP is a modified Minecraft server, where the objective is for players to establish their own empires to trade goods and resources with other empires, as well as wage wars. 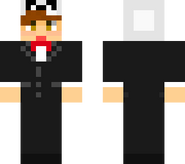 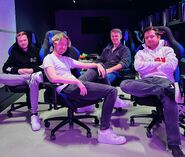 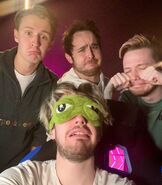 Oli with Jimmy, Joel, and Callum. 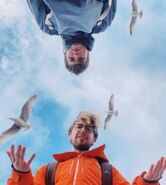 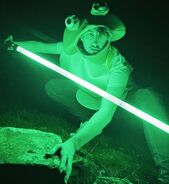 Oli with a lightsaber.