Jordan Comeaux (born: August 31, 1995 (1995-08-31) [age 26]) also known as ThePivotsXXD (or Simply Pivots) is an American YouTuber Animator and Artist. He is the creator of BPTV series he does make Storytime videos and he best friends of Jaiden Animation. and AnitDarkHeart

he reach 100k Subscribers on May 2, 2021 and his channel was inactive he kind busy to work Jaiden Animation video.

ThePivotsXXD started his Youtube channel on April 11, 2009 he made his first video call Sharing is Caring video and he did the Particularly make Minecraft Animation series call Side of Minecraft on March 6, 2016 ThePivotsXXD and LHUGUENY made a Parody Song Call Deadpool the musical and he didn't made a Sausage party the musical on August 4, 2017 ThePivotsXXD Started his Storytime video alongside by Theodd1souts and Somethingelseyt etc. and he made his Game show call Pvio Game show. 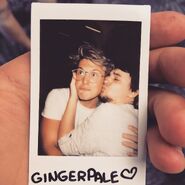