Wikitubia
Register
Don't have an account?
Sign In
Advertisement
in: Hall of Fame, YouTubers, Gaming YouTubers,
and 9 more

Justin Andrew Watkins (born: May 30, 1977 (1977-05-30) [age 44]), better known online as Thinknoodles (or simply Think, formerly known as Insiders Network), is a American gamer on YouTube and formerly on Twitch. He is mainly known for playing Minecraft (IGN: RealThinknoodles), ROBLOX (IGN: ImNotThinknoodles), Club Penguin, Pokémon, Poptropica (Username: Thinknoodles), and Webkinz (Username: Rleong) which he no longer does.

He has played many other games on this channel as well, such as Splatoon (IGN: Thinknoodl), Clash of Clans, Baldi's Basics, House Flipper, Thief Simulator, Granny, Sims 4, Super Mario Maker (IGN:Thinknoodl). He also plays Hello neighbor inspired games like scary teacher. He has another channel called Thinknoodles best.

Before the Insiders Network channel was made, he was running a bunch of insiders all with their own channel. It was getting a bit overwhelming so he announced that he was combining all of his Insiders into one YouTube channel.

At first his videos were Club Penguin cheats, Webkinz adoptions and Poptropica Walkthroughs. His channel slowly evolved from a channel for insiders to a channel about himself, therefore decided to change the name to "Thinknoodles". 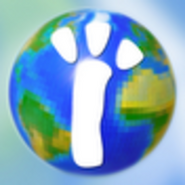 jawatkin is Justin's oldest channel before he became a gaming YouTuber making features videos of him. One video shows him on CNN headline news, and another shows him filming a lightning strike. He also used that channel to sub on his current channel.

Thinknoodles is Justin's placeholder channel which had a similar name. He only used that account for his account on his right channel (Thinknoodles). When he seen people subbing to that Channel, he has to make a video on it and has said on the description that he has no plans uploading on his placeholder channel.

ThinknoodlesToo is Justin's second channel, which formerly Club Penguin videos. It was formed when many of his Minecraft fans and Club Penguin fans started arguing. It became inactive for nearly 5 years since Club Penguin was deleted, he plays only on his main channel. From October 11, 2021 to October 21, 2021,[2] all videos were unlisted. On April 5, 2022, Justin started uploading again on ThinknoodlesToo but as a Roblox Piggy channel. He changed the channel banner and profile picture to the main channel's banner and profile picture.

Thinknoodles is Justin's third channel, which he uploads all VODs of him streaming Shady Oaks SMP. After he left the SMP, he also said that he wont be returning to Twitch ever again.

List of Club Penguin events that Thinknoodles has missed

He used to live in an apartment in Manhattan, but has recently moved a few miles away. He lives with his wife Rachelle and had a golden retriever named Kopi. Justin has made a Draw My Life, which contains info about his life, such as his love for computers as a child.

He used to have a dog named Missy as a kid, until she went missing one day. He thought she had ran away, but his parents gave her away to another family. He has asthma, which used to be horrible in his earlier life. Justin and his Family also ever moved to Indonesia.

On December 9, 2020, Thinknoodles revealed that his dog Kopi was very sick and was going to the ICU.[3]

On December 10, 2020, Thinknoodles said that his dog Kopi had sadly passed away.

Think used to play with a lot of people on an SMP server called the CubeSMP (though never actually played on it himself), but once he broke up with his best friend Graser, things started to get messy. Graser and Think used to play together all the time: Club Penguin, Poptropica, Minecraft maps, you name it. Rumors circulated that Graser had used or lied to Think, although this is not confirmed. Graser had some other ideas for his channel, but for Think, it ended up turning into "something he never wanted" as he said at the start of Ask Think #84 regarding his separation towards the community. Think left after that, and never addressed it further.

Think has a friendly personality to everyone he meets, he is also kid-friendly and has a good sense of humor. He also has a nice touch of creativity, shown in his "Think's Lab" Mod Showcase series.

"He's by far the nicest guy you'd ever meet!" - StrauberryJam

"Just realized that the 9/11 memorial reflecting pools are literally the Roblox logo."

This angered a lot of people, including his fans, because the people thought he was joking about it, and criticized Think for the tweet. Youtuber Natigska made a video on Think's tweet, and agreed with Think about the tweet, saying how it's a fact. Natigska was not the only person who defended Think. Some people also agreed with Think, one even stating: "Checking on Google earth, he's right!" Youtuber denk0 criticized Think for the tweet, as well as mathep. Think explained multiple times that there was no joking concept in the tweet.

The tweet's hate died down a few days later, and Think went back to his daily gameplay videos.

Thinknoodles has a number of pets and other named entities in his series, such as Crazy Craft, Survival, Pixelmon, Think's Lab, etc. Here is a list of them: 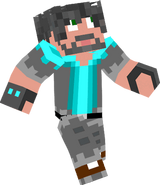 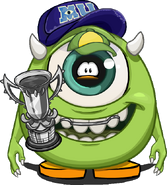 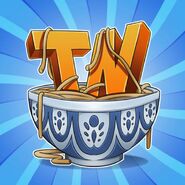 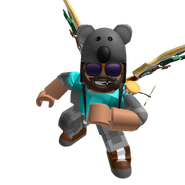 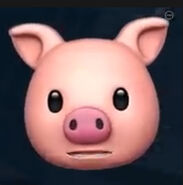