He also plays other games rather than Minecraft, like Stardew Valley, Trollface Quest, Gang Beasts and Roblox. His Minecraft parodies include, Never Let You Go (which later got a revamp, and sung by Not_Liink ), Yandere in the Title, Diamonds In the Deep, and more! His most viewed parody and video is Like an Enderman.

On June 10th, 2016 ThnxCya uploaded his first Roblox video which was on the Roblox game Phantom Forces and this has lead to his channel primarily focusing on Roblox gameplay. He is now known for his Bee Swarm Simulator videos.

He also plays with other YouTubers including DanTDM and Thinknoodles on Crazy Craft, and sometimes other things such as Gang Beasts, custom Minecraft maps, and sometimes random multiplayer games.

The use of James' facecam has led to his community on Discord making memes out of his face, mainly for an April fools event. 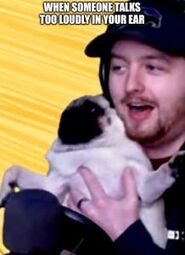 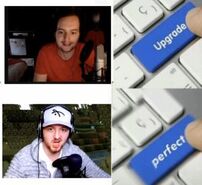 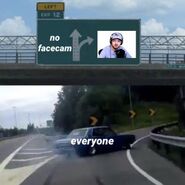 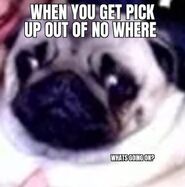 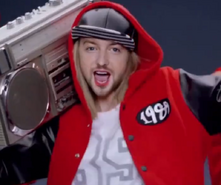 Retrieved from "https://youtube.fandom.com/wiki/ThnxCya?oldid=873543"
Community content is available under CC-BY-SA unless otherwise noted.