Nick (born: June 29, 2001 (2001-06-29) [age 19]), better known online as Timeworks (formerly harrypotter6430), is a Norwegian-Canadian YouTuber who mostly uploads commentaries, statistics about other YouTubers, YouTube glitches and videos about YouTube itself. He also does videos with him playing some games like Minecraft. He runs a show called Frolic Friday, usually posting an episode each Friday. Since November 31, 2020, Frolic Friday no longer uses submissions from his discord server, this is due to the fact that he closed his server to focus more on his videos and focus more on his real life. He discusses a lot of problems on YouTube such as people with sub-bots and comment-bots. He also occasionally posts joke videos and tutorials like how to make a Yankee with no brim.

His first video was a Lego stop motion on his first channel, harrypotter6430.

His very first video on Timeworks was The Luckless Marksman which was a comedy video about a hitman that was always failing to kill him.

He has done a lot of commentaries on the PewDiePie vs T-Series event which started the growth of his channel.

He is also known for being rickrolled a lot of times.

According to Timeworks, he made his first of many YouTube accounts on February 6, 2010 which is coincidentally Rick Astley's 44th birthday. He has stated that Timeworks was intentionally and originally made for vlogging and short films, but as months passed by he removed his vlogging and kept them private.

On March 1, 2021 he opened Timeworks Shorts where he uploads short versions of his videos.

On March 31, 2021 his old channel "TheChaka" was remade into "Timeworks Gaming."

Timeworks is hiding his channel from most of his family, except for his brother and his uncle. He has a contract for his brother which says that he can't say to the rest of his family that he has a YouTube channel. His uncle only knows that he's uploading videos to YouTube but he doesn't know that he has over 460K subscribers on YouTube. Timeworks says that if he gets a 1 Million subscribers on YouTube, he will reveal his YouTube channel to the rest of his family. His family currently thinks that he's doing an online job with Photoshop.

Timeworks has 485K+ subscribers so Timeworks has a Silver Play Button, but due to the fact that he does not wish to expose his second life as a YouTuber to his family, his play button is also kept secret from his family. His uncle once saw him with the Play Button in his hands but he claimed to his uncle that it is a book. His Play Button hangs on the wall but if his family comes in, he always hides his Play Button and YouTube cosmetics in his room away. Contrary to rumors claiming that he usually gets his ideas from JackSucksAtLife, he has never gotten a single idea from JackSucksAtLife as his content and ideas are original.

Nick loves playing Minecraft and he has been playing since 2012. He first started playing with Java Edition. He loves mostly the building aspect of the game, he stated in Doing the BEST THING in Minecraft! at the start of the game, his first thing to look for is not wood or dirt but a dog. And when he finds a dog, he will do anything to make it his own. Although he doesn't really like naming them, he loves and treats all dogs in Minecraft like real life dogs. Although a lot doesn't like his Java skin, Nick personally liked it because of the outfit which was his favorite coat.

Aside from Java, Nick also has a bedrock edition of Minecraft. In Playing Minecraft Bedrock For The FIRST TIME! he makes a commentary and games of Bedrock with a popular bedrock server called, The Hive which appears to be his favorite server. Nick loves playing The Hive and spends the time mostly with SkyWars and Just Build, his least played game is Survival Games and Deathrun. His pet-peeves throughout the game are hackers and camping. Overall he is neutral and loves Java and Bedrock the same amount but because of the amount of hours he spend with Bedrock, he considers to like Bedrock more.

Nick also likes playing Grand Theft Auto with his friends and considers Spyro as his childhood game. He also loves Super Mario World and the SNES for nostalgia reasons. 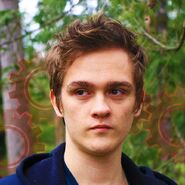 Add a photo to this gallery
Retrieved from "https://youtube.fandom.com/wiki/Timeworks?oldid=1150682"
Community content is available under CC-BY-SA unless otherwise noted.