Toby on the Tele

Toby on the Tele

Toby Lyons (born: September 5, 1997 (1997-09-05) [age 22]), better known online as Toby on the Tele (formerly JohnOnTheRadio), is a YouTuber and Twitch streamer from New Zealand. She currently resides in Melbourne, Australia along with five of her friends, a podcasting group called Misfits.

Toby's first video was uploaded on May 16, 2017 and was titled, "A Joker x Grandma Love Story (stream highlight)". She's known for having an overly flamboyant personality and uploading her Twitch stream highlights to YouTube. She also declared that she is transgender on The Misfits Podcast . While she has stated she doesn't give a shit what pronouns people use, she likes she and her the most . Calling her Toby is fine too. 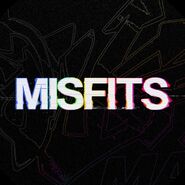 The Misfits
Add a photo to this gallery
Retrieved from "https://youtube.fandom.com/wiki/Toby_on_the_Tele?oldid=687644"
Community content is available under CC-BY-SA unless otherwise noted.