He is a member of the Minecraft server Dream SMP. Most of his videos are clips from his streams on Twitch.

Toby Smith was born on December 23, 2003 in England. He has two younger sisters named Lani [6]and Teagan.[7] He has dyslexia and also used to be an international trampolinist.[8][9] He has a ginger cat named Rocky. He is unlabeled.[10]

Lani Smith (born: October 29, 2007 (2007-10-29) [age 14])[11], better known online as LanuSky (also known as Trista or Tubsta, or simply Lanu), is an English gaming Twitch streamer known for visiting the Dream SMP and for being Tubbo's younger sister. She got recognition from a stream she did with TommyInnit using Tubbo's minecraft account on the Dream SMP.

Lani also has a Minecraft Server called Lanu Network (lanu.xyz), a SMP and Skyblock Server. She uses her brother's Server Mechanics to Lanu Network which is Bedrock and Java Crossplay and most of the Maps from the old spawn of Lanu Network were soon to be used on Tubbo Network.

He has been streaming on Twitch for around two years and became a partner in 2020, surpassing one million Twitch followers on November 21, 2020.

On February 2, 2022, Tubbo announced that he joined Misfits Gaming, an E-Sports organization, alongside Ranboo.[12]

He started doing YouTube in 2017 under the name "Blue Turtle". On that channel, he did FTB Let's Plays and Modded Minecraft Wars videos but stopped in October 2017. He also went with the names "SuperManPower500", "Spectrum_XP" and "OrphicTubbo" before going to just Tubbo.[5]

Later on, he joined SMPEarth, a large Minecraft survival multiplayer server, which shut down in April 2020. He is infamous for being the only person on SMPEarth to be killed by a player who was AFK (VoiceoverPete).

Tubbo has now joined the Dream SMP, and (very) frequently plays on there to this day. He was a member of L'Manberg (formerly known as Manberg). Jschlatt kicked TommyInnit and Wilbur Soot out of the nation when he became president, but Tubbo stayed there to work under Jschlatt. During this time, he was actually a spy for Pogtopia, a nation formed by Wilbur Soot and TommyInnit, but had his cover blown by JschlattLIVE and was killed in front of a crowd in the Manberg Festival. After that he became an official member of Pogtopia.

Pogtopia reclaimed Manberg after a great war between the two nations and Manberg was once again renamed to L'Manberg. Tubbo was named the new President by Wilbur Soot (the former president) after TommyInnit (the now Vice President) rejected Wilbur's promotion. Tubbo is currently working as president to rebuild L'Manberg and make it a prosperous nation once again after Wilbur blew it up shortly after the events of the war.

He also has multiple "alter egos" while roleplaying on the Dream SMP server; these include Tubbox, Tubboat, Big Crime, Big Law, Tubo, and Toob.

In July 2021, Tubbo joined the BearSMP (abbrevriated as BSMP) and frequently collaborates with Aimsey and Billzo. The three became known collectively as the Underscore Trio (coined by Aimsey) after their meetup, 2 days before MCC18. He also collaborates with Beautie_ and Snifferish. The server was discontinued on December 24, 2021.

The server became well known by the MCYT community by the theory that "BSMP Tubbo" is the future of "DSMP Tubbo" after the Dream SMP finished and right after Ranboo died on the server. Nihachu is also involved with the SMP, but plays a different role than Tubbo as she plays the same role as her DSMP character. Tubbo is a ghost on the server, having been dubbed by the community as "Beep".

Origins SMP is a server with the Origins mod, which allows players to select an "origin", giving them powers and weaknesses based on a Minecraft mob. The server recently started up again for Season 2, and they are playing on a 1.18 experimental snapshot with the new Caves and Cliffs world generation. Tubbo has chosen the bee origin, allowing him to fly around slowly and poison others, but at the expense of lower health and only being able to eat flowers.[13]

Tubbo is good friends with TommyInnit, another YouTuber and streamer who produces similar content and is about the same age as him, although, contrarily to popular belief, Tubbo is older than Tommy by 4 months. The pair became friends when they were both small Twitch streamers when Tommy raided Tubbo's stream. This was before either of them started their YouTube careers under their currently known names.

Tubbo is frequently seen in videos on Tommy's YouTube channel. The most recognizable videos are where they explore hacked clients. They also record on servers such as Wynncraft and TheArchon where Tubbo shared his knowledge of servers.

In videos, TommyInnit mocks Tubbo due to his interest and knowledge of hacked clients and Minecraft servers.

Tubbo is good friends with Ranboo, a YouTuber and streamer who is also on the Dream SMP. The two quickly became close friends and Ranboo began planning to fly over to the UK to meet up with Tubbo. On June 26, 2021, Ranboo flew to the UK and appeared in Tubbo's stream later that same day. He stayed at Tubbo's house for 5 months until November 5, 2021 when he returned to the US.

An avid musician, Tubbo plays piano, ukulele, melodica, steel pan and is currently learning guitar and saxophone. He has collaborated with CG5 and Dan Bull on an original song called Life By The Sea, which released on August 27, 2021 at 5pm BST.

On November 12, 2021, he had his trip to America and resided in Los Angeles, California with Aimsey, Saladserns, Billzo, Ranboo, Badlinu and Cuptoast for a few weeks. He has also uploaded a Vlog in America that was recorded few hours before MCC All-Stars and also the day him, Eret, Crumb and Kara met up.

A few days before his charity stream, he met up with 100 Thieves and Pokimane at the 100 Thieves Compound in Los Angeles.

On December 1, 2021, Tubbo and some of his content creator-friends flew to Miami, Florida via a private jet and met up with Snifferish. He also met up with Sapnap, Karl and Punz while they were in Florida. Tubbo and Bill left America on December 13, 2021, while Aimsey and Saladserns left America the next day.

On January 27, 2022, he played the Bedrock Edition of Minecraft for the first time on-stream after him and his friends reacted to PotatoPie25's video about Pixel Paradise, and has talked about how bad the server is. Potato and Tar1a later joined his Twitch chat and talked with him for a few hours. Splodger also joined the chat to convince him to play The Hive.

After playing Pixel Paradise for a while and checking out its game modes, he joined the Hive Games server and was welcomed by the Community manager of the server, Splodger, and some of the partners of the server including DannyIsDahBomb, Deezee, and ItzElleMC. He also got the Streamer rank, and soon after the EU Region spiked a lot of concurrent players welcoming Tubbo to the Hive Partners.

On February 20, 2022, Tubbo announced that he would be doing an uncapped Subathon (dubbed by himself as Tubbathon) on March 1. It lasted 9 days, finally ending on March 9.

He has been involved in many Minecraft series including:

Around mid-2020, Tubbo released an anarchy/2B2T server called POGGOP (poggop.org). The project was soon abandoned due to development issues and lag problems.

Qube Mini-games Network (worked on around June 2020) lasted for about two months before a code licensing problem, although the network provided a few streams.

He is currently working on TubNet, which was initially released in 2019, and will be re-release soon as an upcoming crossplay minigames server which will be able to support tens of thousands of players across both Bedrock and Java editions. It will consist of 1.16 minigames. In February 15, 2022, Tubbo announced that he now has an office for TubNet at Florida as part of his partnership with Misfits Gaming after he joined the gaming organization.[17]

He also has a Events server on his discord named Tubbo Events (tubbo.events) where he hosts Minecraft events that are streamed on Twitch. The events are mostly hosted by him, Saladserns, Aimsey and Ranboo. 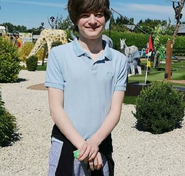 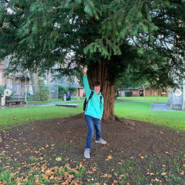 Tubbo under a tree 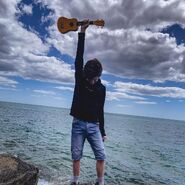 Tubbo with his ukulele 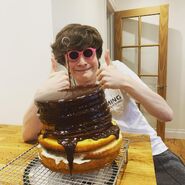 Tubbo and his ten-layer cake 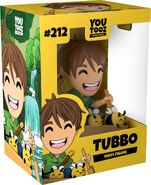 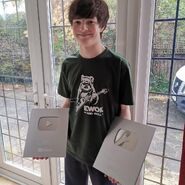 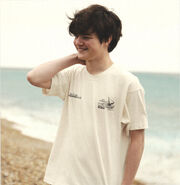 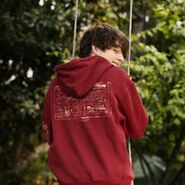 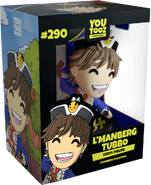 Tubbo's second Youtooz figure, based on his Dream SMP character