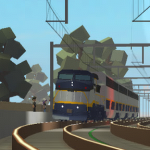 David T. Dolot, being called online (and on YouTube) as DavidRGD, a Filipino amateur Wikitubia contributor, and I was known for creating a Static-P and Mirai Akari Project Wikitubia articles (on Sept. 14 & Oct. 19, 2019). I play video games and I was watching anime, particularly on Animax TV Channel or on KissAnime website. I used to be watching Cartoons but as of 2018, I began to watch cartoon shows less frequently.

On YouTube, I make ROBLOX videos, and as of mid-2019, I (mostly) shifted my focus on making E.A.S. Scenario content.

Early on, just 4 years after I was born in Manila, Philippines, I began watching on YouTube in 2007, on my old desktop computer made by LG Electronics, a electronics company in South Korea (and was later in storage, and non-functional as of 2011), and I was dreaming of creating my own content and I attempted to do so in 2012, but I did not have a Google Mail account, and by 2014 of January, I created my Google Mail account of daviddolot64, and I signed up on YouTube as David Dolot, and lasted for 8 months until it was terminated by YouTube for violating Terms of Service and copyright, simply because I was only inexperienced at that time.

Less than a year later, on March 31st, 2015, I was revived, albeit on my different G-Mail account (because my old mail account was allegedly locked out after my old YouTube account's suspension), and I used my same old channel name, which lasted for almost a year until 2016, when I changed my name to ROBLOXGamingDavid, and I constantly created videos from 2016 until 2018, and my most popular video (over 24K views) was a ROBLOX Tornado Warning video. By 2018, my uploads slowed down gradually because of my problems arising on my school grades, personal life, lifestyle, and more importantly, my computer suffering a hard drive failure. Earlier, my recording software (XSplit Gamecaster) suffered a MitM (Man-in-the-Middle) attack on October 1, 2017, and was rendered impossible to launch until December, and later it occurred again and remained this way permanently by 2018. Other undisclosed anomalies began to happen on my mother's office laptop, which I was constantly using from 2016 to 2017, during my ROBLOXGamingDavid's channel branding years, because my mother's laptop was intended for office use, not for games, and the office manager may have hacked the laptop to prevent myself from using her laptop, and I was forced to switch my gaming setup to an old laptop made by Lenovo (a multinational technology and electronics company in China) brought since 2011.

Since then, I was unable to use XSplit Gamecaster more smoothly than I wanted to be on the old laptop because it became unresponsive or laggy when playing on ROBLOX, although it was running smoothly when playing on Doki Doki Literature Club, and I was left with recording with my cellphone (barely used for vlogging and making Random Videos Series, and formerly made DavidRGD Philippine Rides Video series from 2015-2019), Bandicam, Movavi, and Camtasia (expired by July 4, 2019).

On March 31, 2019, 4th anniversary since the launch of my channel, I was already developing a new channel trailer for 2019, and was published 2 weeks late, on April 14th, 2019. That same day, my channel name was officially changed to DavidRGD, 3 years after the beginning of my ROBLOXGamingDavid's naming brand.

As of January 2020, my channel was Semi-Active (for most of my previous content), but I was working on E.A.S Scenarios on free times.

(some of these works placed on my playlists may have the chance to run again, but at any given moment, it was not known if one of his content listed here will be up and running again.)

Retrieved from "https://youtube.fandom.com/wiki/User:DavidRGD?oldid=764062"
Community content is available under CC-BY-SA unless otherwise noted.