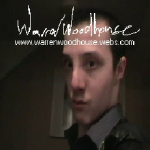 Schedule: 1 to 10 new videos every 2 weeks, daily comment checking, randomly live streaming with microphone and more. You can check out the full schedule by CLICKING HERE.

Warren Woodhouse is a British YouTuber who posts gaming videos, funny moments videos, music videos, short films, music videos, how to videos, events and more. Most of his videos are gaming related including some vlogs. Fan favorites include GTA V series, Fallout 4 series and Heavy Rain Remastered series. He is also known for his comedy, music and video editing.

His birth name is Mr. Warren Kris Motley née Fisher born on the September 2, 1989 (1989-09-02) [age 30] in Burnley, Lancashire, North West, England, United Kingdom. He currently lives with his parents (Jason Woodhouse, step father & Lisa Woodhouse, birth mother) and his youngest sister, by 2 years, Kirsty Woodhouse and her boyfriend Sean in Warren's house in Northumberland, England, United Kingdom. His second sister, Tabitha Woodhouse, who is a year younger than Warren, lives in Newcastle Upon Tyne. with her boyfriend Dean. In summer of 2015, Warren's photos were featured in the magazine Beamish Museum Magazine Summer Issue June 2015[1] (15th June 2015). In his spare time he enjoys visiting museums, art galleries, beaches and he enjoys reading many different types of books, watching films and taking photos. His Channel Icon is a red and light blue WW Emblem and his personal profiles feature his profile picture[2].

He had claimed that he has an IQ of 125, Autism, Dwarfism and more complex genetic conditions.[3]

He had claimed that he hasn’t picked up Coronavirus however is taking every precaution during his time in self-isolation with his family.[4]

Complete Walkthrough Guides for Video Games. These include Trophy Guides as well.

Warren Woodhouse's All Of This

Retrieved from "https://youtube.fandom.com/wiki/User:Warrenwoodhouse?oldid=829244"
Community content is available under CC-BY-SA unless otherwise noted.