Tony Verlis Gatto, better known online as Verlisify or Verlis, is an American YouTube who centralizes and focuses on the subject of Pokémon. His most common content includes, update, gameplay and guide videos to help viewers through the Pokémon video-game series. He is considered the most controversial PokeTuber, and has accumlinated a fairly sizable collection of drama videos.

Tony is from Seattle, Washington, and had moved in 2016 to Washington's suburbs. Tony has a brother named Troy, who goes by the alias AceTrainerTroy on Youtube. Tony had blocked his brother on Twitter, so his relationship with his brother is unknown. Around the time he had 40,000 subscribers, he had an ex-girlfriend who he broke up with at the time, with him staying with his father after. Tony owns a female husky named Lyca.

Tony's political and social values lean towards the American Conservative side. When he is confronted with the ideology that Conservatives are discriminatory in nature, akin to Nazis, he has defended his conservative views and has tried to separate himself and his political peers from Nazis, and had stated that he always found Nazis disgusting upon learning about them.

Tony is part of the Furry community.

He began his channel in February of 2013, where he started to make a name for himself through making Minecraft tutorial videos, before beginning his Pokémon content during December 2013.

Tony is considered one of the most negative influencers to the Pokemon community, according to other members. Tony also makes very controversial videos. Tony has stated that when he has a negative opinion about someone or something, he will intentionally use inflammatory language to "take it to the next step", because he claims once you've gotten to a point, "might as well go through with it to the end".

However, despite countless feuds, Tony has stated that he would gladly welcome any collaborations of any variety.

Cheating in the Pokemon Community

Tony's most famous controversy is the stance that he has on cheating in Pokemon. In the Pokemon Community, cheating in the competitive aspect of Pokemon has been blatantly apparent since the 4th generation, which dates to 2006. Tony has stated that he was not as rooted in the Pokemon community at the time, and had firmly planted himself into the community around the 6th Generation, which dates to 2013. He has stated that the sheer dominance of unauthorized third-party devices and software has tainted the competitive scene. These third-party devices are used to obtain perfectly viable monsters nigh-instantly instead of having to be worked for like normal, thus putting the majority of players that don't utilize these tools at a disadvantage. He has also stated that the competitive scene in Pokemon is inferior to other competitive communities because of the sheer tolerance the community displays toward unauthorized software modification for one's own efficiency, advantage, or gain compared to other competitive communities. He has stated that he will stand against software modification in the competitive scene "to the end", and has not changed his stance since. Because of the sheer percentage of the community that tolerates the use of unauthorized third-party devices, he is positioned in the vocal minority and is tackling an uphill battle.

Tony has stated that he doesn't get along with two YouTubers by the names of DuncanKneeDeep and HoodlumScrafty AKA Callum. This began when Callum posted a video detailing how to get into the competitive scene legitimately, before taking back his word at the end of the video by displaying third-party devices. When Tony's posted a blind reaction to the video, he was commending Callum, before feeling a sense of mockery towards the legitimate competitive scene, and indirectly towards himself. This sparked an ongoing feud between Tony and Callum, and Duncan was there to support Callum.

A YouTuber named MegaCrasher AKA Corey made a video on Tony on his old channel named 'MegaMasher' called "The Truth About Verlisify And More." Corey's argument was Tony became the first individual in the Pokemon community to start unnecessary drama against other YouTubers. As MegaCrasher, Corey made multiple videos on Tony, mentioning witch-hunting and using his huge subscriber numbers to harass people that are smaller than Tony, but not instigating feuds with channels bigger than him. Corey also mentions that whenever Tony is on a downfall, he creates drama to keep his channel alive, and to get "profit". Tony is strictly against cheaters in the Pokemon community, but Corey mentions to stay out of it, and let the cheaters be brought to justice.

Corey also mentions that Tony is a completely different individual on Twitter, saying the things that are the opposite of what is said on YouTube. Corey mentions Tony making his fans go and dislike spam people's videos and encouraging cheaters to do terrible actions, such as commit suicide.

On Twitter, PhillyBeatzU has stated that he agrees with Tony in that he was right about the hacking scene and how it ruined the core pokemon playing experience, but had also stated that he destroyed the positive outlook of his only valid point by ruining his own image by attacking other PokeTubers and being hypocritical in other non-related topics. After seeing the Twitter thread, Tony responded saying that his positive outlook shouldn't matter when delivering factual information. He has stated that he would rather hurt or provoke someone's feelings and damage his image than deliver illegitimate information and damage his credibility, only to later regret having a damaged image in a later video.

He has also taken a distasteful stance on how Smogon presents its strategies, who tend to use positive and negative hyperbole. On Smogon's forums, the underpowered monsters in the series are subjected to witty, depressive commentary detailing why they shouldn't be used, instead of providing neutral to supportive commentary to those who would want to use them.

He has had many feuds with many members of the Pokemon Youtube Community, with his name being brought up an unbelievable amount of times. His feud began with a Youtuber named Shofu, who by Tony's standards, is a very skilled illegitimate player in the community. This feud consisted of Shofu's disapproval towards Tony's competitive strategies, which then extended to Shofu's circles and extended circles. After the feud, Tony claims that he feels he's on respectable terms with Shofu, but Shofu's feelings towards Tony remain anonymous, ranging from playful mockery to indifference.

On August 29, 2015, a YouTuber named Pyrotoz made a video about Tony called "Verlisify is an Idiot." where Pyrotoz shows a comment that Tony left on a beginner's guide to Pokemon video by Pyrotoz. Tony left an opinionated comment saying the tutorial is weak due to "unofficial" tiers and "weakness spread". Pyrotoz mentions there are different ways to begin within a Pokemon battle that Tony does not like, but Pyrotoz mentions that it's okay not to agree with, but doesn't think Tony knows other effective ways to play Pokemon.

Tony has made a few videos concerning clickbait. His beliefs concerning clickbait are simple and black-and-white, as he believes that if the video contains content not related to the thumbnail or the title, the Youtuber in question is of a lower standard. Tony does not believe factors used to grab attention are inherently bad, such as large bold text on the thumbnail, capitalized letters, hyperbolized wording, and phrases one would describe as head-turning, as he believes it is subjective whether some aspects of the video are those factors.

On November 24, 2018, Verlisify uploaded a video titled "EVERYONE IS WRONG ABOUT SHINY POKEMON HUNTING! The BEST Pokemon Let's Go Shiny Hunting Guide". PokeTips uploaded a response video rebuking against Verlisify and talking about how he was claiming PokeTips' shiny-hunting methods as his own. Verlisify rebutted with a video named "PokeTips Is SCARED I Caught Him Lying! " talking about how PokeTips was antagonizing him, but then PokeTips made another response detailing all of the flaws in his arguments and even discussing his ad hominem arguments (like using PokeTips' sarcastic attitude as an argument against him).

A commenter on Verlisify's video tried to break up the conflict by demanding both YouTubers to apologize and get it over with, but Verlisify refused, believing that he was not at fault and PokeTips was solely to blame.

Tony is often accused of discriminatory language. When Tony tries to insult other people who he claims are of lower intelligence to him, he often used words related to autism and other mental conditions and illnesses, which are examples of Mentalism.

Tony has a mutual hatred for Serebii AKA Joe Merrick. Joe is a journalist and the owner of Serebii.net, a dedicated Pokemon-related news site, and wiki. Joe has shown absolutely no respect for Tony, making a joke or saying witty dialogue against Tony whenever he is brought up. He has shown to actively not want Tony to succeed, such as when he spoke negatively of YouTube Gaming's promotion of him. Tony refuses to support Joe's site, choosing instead to support a rival site, and will actively say offhanded negative banter about Joe. As a wiki editor and journalist, Joe has gained the support of the majority of the online Pokemon community, leaving Tony in a losing position against Joe. 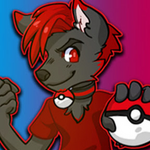 One of Tony's multiple profile icons 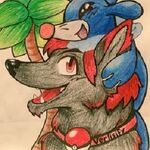 One of Tony's multiple profile icons

Retrieved from "https://youtube.fandom.com/wiki/Verlisify?oldid=627710"
Community content is available under CC-BY-SA unless otherwise noted.