Vision Squad, formerly known as Team Crafted, was a group of people who recorded Minecraft videos together on a regular basis. The members of the group have inspired thousands of people to make their own Minecraft YouTube channels, and some to even create their own YouTube groups. They even had a house together in Encino, California (thought to be located in Balboa Avenue), although the only person living there now is Minecraft Universe.

Team Crafted was originally created as a group by DeadloxMC as a group of friends for recording purposes. The first three members were SkyDoesMinecraft, Minecraft Universe, and DeadloxMC. A while later, Setosorcerer was the fourth member to be added and soon HuskyMUDKIPZ was added as the fifth. Soon enough KermitPlaysMinecraft was added. One year later, SSundee joined the group, followed by CavemanFilms.

CavemanFilms left very quickly due to unknown reasons. There is a rumor he and Sky got in a fight and he left. TeamCrafted was then joined by BajanCanadian and JeromeASF within an hour, making BajanCanadian and JeromeASF the ninth and tenth members of Team Crafted. DawnDigsMinecraft, who was engaged with Sky at the time, left the team after they broke up and Dawn deleted her YouTube channel right after.

In late July 2013, KermitPlays left, stating that he wanted to go solo. BlueMonkey stated on Twitter he and WeedLion have joined Team Crafted. In early November, Setosorcerer left Team Crafted due to the group wanting to do real life skits stated in a taken down live stream by SkyDoesMinecraft. Seto and the others are not on bad terms as of this time.

On March 2, 2014, they made public that they added xRpMx13 to Team Crafted. Adam, better known as SkyDoesMinecraft, left the team for reasons that have not yet stated, on March 6, 2014, though stating on Twitter that nothing had happened and that he and the others are still on good terms. Some of his good friends then decided to follow suit.

Adam's girlfriend confirmed on her Ask.fm account that he left because he did not approve of the direction that Team Crafted was taking, mostly likely referring to the commercial company and advertiser dealings directions that Team Crafted is following with the guidance of their group manager, Matt Michelsen. On March 6, the same day Adam left, another member left known as BlueMonkey or James. He left because he thinks an animator in a group of gamers doesn't make sense. Another member left on March 6, 2014, Deadlox; he didn't provide any reason except saying "he's in the same boat as Adam as of leaving". On March 7, HuskyMUDKIPZ, or Quentin, left because he said he needs to grow on his own and go his own way. On March 12, 2014 Team Crafted's (now former) artist Deceptibonk, left Team Crafted. She stated that "it was fun to meet everyone" and that she left on her own behalf. On March 21, 2014, WeedLion left for unknown reasons. They are all still on good terms and will continue recording videos together, as stated by Adam on his Twitter. On Twitter, Weedlion confirmed he had left the team.

On an unknown date, the featured channels list on the TeamCrafted channel, which lists the members, removed SSundee from the list. There is currently a total of four members: BajanCanadian, JeromeASF, xRpMx13, and Minecraft Universe (though it is uncertain if TeamCrafted is being revived or not).

TeamCrafted aimed to capitulate on their current global Minecraft recognition by forging connections with a number of different advertisers to work product marketing angles into their videos. Some of their paid work included playing on specific Minecraft servers, gaming product advertisements and promoting upcoming movies. They have done photoshoots for Gunnar Optiks, a brand of eyeglasses which protect your eyes from being damaged by screens. They have also had funding from Geico and done advertising in return.

On June 1, 2014, Deadlox posted a video on the Team Crafted channel announcing a relaunch with a completely new roster of members for Team Crafted. Deadlox did not like how TeamCrafted had become commercialized and said that he did not like the way TeamCrafted had become. Deadlox originally wanted TeamCrafted to be a community channel where friends would meet together and commentate. For this reason Deadlox wanted to bring TeamCrafted into a "new era" by making it a community channel where it would bring smaller Minecraft YouTubers into spotlight. An hour after the video was posted the video became private. The video was then re-uploaded by a channel name called "LebronJames Durant" and can be seen by clicking here.

Team Crafted somehow came to a end after 2014 with no reasons from it but it is still unknown that Team Crafted will come back.

However on Feburary 8th 2016, the group made a reunion through a round of cops and robbers a classic game on which they used to play. So the group may now be on better terms now but they aren't recording together again. They have recorded more videos together since, including a Battledome and a Lucky Blocks Race. Jerome has recorded the most videos with other Team Crafted members individually since then.

There is now a new iteration of TeamCrafted, going by the name Vision Squad, including some of the former members of Team Crafted, such as SkyDoesMinecraft and ASFJerome

As of Mar 15, 2020, SkyDoesMinecraft now renamed to Sky Does Everything uploaded a new video with BajanCanadian titled Nostalgia Craft #1. Here they talk about Team Crafted and potentially inviting members like HuskyMudkipz, TrueMU, Setosorcerer, SSundee, JeromeASF, Deadlox, Kermit and other former members. In this episode it is revealed that Adam and TrueMU are also in a rocky patchy with each other due to an unspecified reason. On Mar 30, 2020, SkyDoesEverything uploaded a video titled "IS TEAM CRAFTED COMING BACK? (Addressing The Rumors...)" with him confirming that a Team Crafted reunion is going to happen. that same video, he said that most Team Crafted members from its original era will not be returning.

Where Are They Now

Since, Team Crafted/Vision Squad has died, the members went their separate ways. As you know the good friends, JeromeASF and TheBajanCanadian started a new Minecraft group called The Pack ​​​​​in 2014. 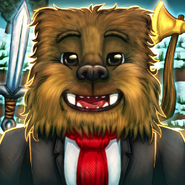 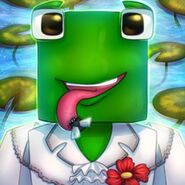 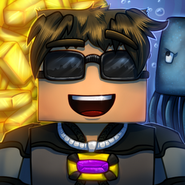 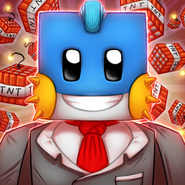 WeedLion
Add a photo to this gallery

Retrieved from "https://youtube.fandom.com/wiki/Vision_Squad?oldid=1016186"
Community content is available under CC-BY-SA unless otherwise noted.