Wikitubia
Register
Don't have an account?
Sign In
Advertisement
in: YouTubers, Users who joined in 2007, Male YouTubers,
and 5 more

Hank Green is a musician and entrepreneur, while John Green is an award winning author. As well as Vlogbrothers, they run the educational channels SciShow (Hank only), Mental Floss (John only) and Crash Course, a gaming channel called hankgames, a podcast called Dear Hank and John, and a video quiz show called Truth or Fail.

Vlogbrothers is owned by Complexly, formerly named EcoGeek LLC, which was originally solely owned by Hank, but now jointly owned by both brothers.

Brotherhood 2.0 started on January 1 of 2007. John Green was interested in video blogging, and wanted to start a YouTube channel with his brother. The basis of the project was to stop all text communication, and use vlogs instead. Videos were posted every weekday, and had features such as song Wednesdays, when Hank would sing about various things, such as Harry Potter. It was the song "Accio Deathly Hallows" made for the seventh Harry Potter book, that brought the Vlogbrothers into the spotlight and increased their popularity. Although they were meant to end their project at the end of 2007, their popularity and enjoyment of vlogging meant they decided to continue making videos, but less frequently, and continue to do so now.

Nerdfighteria is the community that has grown around John and Hank's videos. The term "Nerdfighters" was made when John misread the name Aerofighters on an arcade game, and was reminded of a term created by one of his favourite YouTubers Zefrank1. The name stuck, and now is a well known name throughout online communities.

Nerdfighters adopt terms such as "made of awesome" and "French the llama!" to both describe things and identify with other Nerdfighters. A catchphrase that Nerdfighters use a lot is "DFTBA", an initialism that stands for "Don't Forget to be Awesome." DFTBA can also stand for many other things, for example, "Dinosaurs Failed To Beat Asteroid" or "Darling Fetch the Battle Axe." It is often used as a way of saying goodbye to someone, or is written on blog descriptions so others know they are a Nerdfighter. In the words of John and Hank, when you become a nerdfighter, you "stop being made of bones and muscle and stuff, because you're made of awesome."

There are often gatherings that Nerdfighters have, sometimes joined by Hank and/or John. The gatherings involve going to historic landmarks, museums, discussing things, or just singing and dancing. If Hank and/or John are there, then John may read from one of his books while Hank sings songs. In the past, there have been two tours called "Tour de Nerdfighting", in which Hank and John toured around America to read from John's most recent book, sing songs, do signings, and meet Nerdfighters. The possibility of a tour in another country has been considered, but John thinks it would be too hard, as he has a son, Henry (born January 20, 2010 (2010-01-20) [age 12]) and a daughter Alice (born June 3, 2013 (2013-06-03) [age 8]). Hank also has a son, Orin.

Other popular YouTubers, such as Charlieissocoollike, and Nerimon, are considered Nerdfighters, due to their association with the brothers.

John and Hank are big supporters of the charity This Star Won't Go Out, a cancer charity founded by the parents of a Nerdfighter, Esther Earl (Cookie4monster4), who died of thyroid cancer in 2010. They sell the wristbands on their website dftba.com, and can be seen wearing them. "Esther Day" is observed annually on August 3rd, her birthday. During 2013, it was also announced that Esther's book, also titled This Star Won't Go Out, would be released. John's book "The Fault in Our Stars" is dedicated to her. Hazel, the main character, also has thyroid cancer.

They sometimes visit less developed countries to support charity projects. For example, in 2019, John went to Sierra Leone to visit the country's only psychiatric hospital [1].

Every year they host the YouTube event Project for Awesome, in which many YouTubers try to get the event to be on the front page of YouTube to raise support. Livestreams are done by popular YouTubers, where they will do challenges to get people to donate. An example of this is John drawing all over his face with Sharpie, which has become a popular video amongst the Nerdfighter community. Other people make videos advertising a charity of their choice,vote for a charity and donate. The charities with the most votes get a share of the money.

They started "The Foundation To Decrease Worldsuck", a charity which gets a large portion of its funds from the Project For Awesome. It is also referred to as the "Bank of Nerdfighteria."

John and Hank have also started NerdCon: Stories, a convention where people share stories with other story tellers.

Their podcast Dear Hank and John is sometimes called "the Comedy Podcast about Death" because though the podcast is categorized as comedy, it constantly returns to the overarching theme of the inevitability of oblivion.

John has written the following books (in order of publication):

Published in 2005. It won the 2006 Michael L. Printz Award. It was adapted into an eight episode series, which was released in October 2019.

Published in 2006 by Dutton and Speak. It was made a finalist for the 2006 Michael L. Printz Award.

Published in 2008 by Dutton Books. It debuted at #5 on the New York Times bestseller list, and won the 2009 Edgar Allan Poe Award for Best Young Adult mystery.

Published in 2012 by Dutton Books. It was made into a major motion picture starring Shailene Woodley, Ansel Elgort, and Nat Wolff.

This book, John's first work of non-fiction, is a collection essays adapted and expanded from the podcast of the same title.[2]

John with Sharpie all over his face. 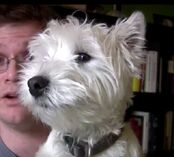 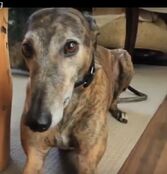 Lemon, Hank's deceased dog. She was a retired racing greyhound.

The puppy sized elephant/Willie in an elephant costume.