Wah!Banana is a Singaporean comedy YouTube channel run by the main production team of Lingyi Xiong, Jason Hau, Chrysan Lee, Benjamin Zhong, Terence Then, Audrey Goh and many other newly-added cast members. Wah!Banana was founded in 2012 and is under the 01 Studio Private Limited trademark in Garena.

Their content mainly consists of relatable comedy sketches such as "Your Mother vs My Mother", "Awkward Situations" and "Sunday vs Monday".

They also have a second channel called Wah!Banana Too where they upload bloopers, travelogs and reviews, with the goal to let their viewers get to know them better individually.

(Many of who also feature as talents)

A more detailed description of their cast can be found on their official website.

Many of the original cast members have since left Wah!Banana to pursue other careers, such as Eden Ang and Matthew Stewart (Fish). Matthew was initially a guest star on Wah!Banana, but became a full-time member with Audrey Goh. Eden Ang later got involved in a sexual harassment scandal.

When questioned about whether bananas are out of their diet, Tree Potatoes replied: We don’t have any issues with eating bananas but we’re not sure if the bananas want to be eaten. 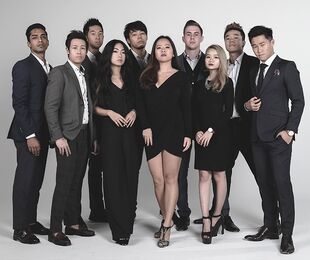 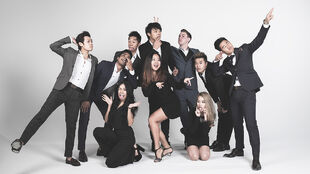 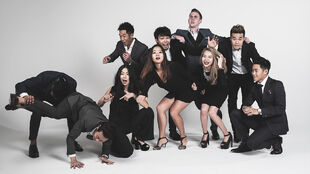 Featuring old cast*
Add a photo to this gallery
Retrieved from "https://youtube.fandom.com/wiki/Wah!Banana?oldid=1024872"
Community content is available under CC-BY-SA unless otherwise noted.