YouTube Shorts is a type of video that is shown in a vertical format and shows in the home page for people to binge on, like popular social media app, TikTok.

Shorts was first featured for some users in September 2020 and was first released in India one month later, later reaching the United States.[1] YouTube Shorts became popular and global (however lacking features) in 2021, resulting channels to blow up in subscribers and views, causing channels to make second channels to make shorts in. In April 2021, every time a YouTuber that you turned on notifications, it led you to the YouTube Short page instead of the video itself. YouTube shorts aren't in the monetisation program, meaning YouTubers can't make money out of the shorts. However, YouTube announced a fund to support the Top Short Creators on May 11, 2021. In July 2021, BTS made a challenge that uses YouTube Shorts. In October 2021, Ed Sheeran released his album, and made 14 shorts of his 14 songs, the most popular having over 100 million views.

In early 2022, the shorts tab was added on mobile devices.

To make your video as a short, it needs to be in a vertical format and less than 60 seconds long. There are no requirements to making shorts. There is an editor for shorts to use as well.

To find shorts, go through the home page until you see the logo that says "Shorts beta" or type in #shorts in the search bar. You can also find other shorts from their channels by pressing their channel icon, that leads you to the "Shorts from this channel" screen. 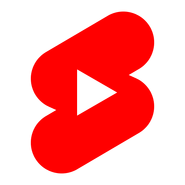